I want everyone to be able to add Toxtricity to their fangames!!!

Maruno has a gen-8 branch on the GitHub repository where the PBS has already been added. Once that branch is completed, it will be merged into master and be part of the next release at that point. I have voted your suggestion up though, because I would also like to see it. 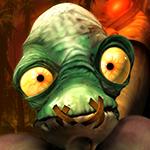 A heavily modified RPG Maker XP game project that makes the game play like a Pokémon game. Not a full project in itself; this repo is to be added into an existing RMXP game project. - Maruno17/poke...