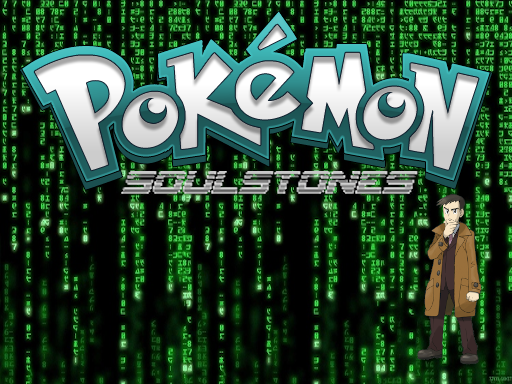 About Project​
I started making Pokemon Soulstones in February 2020 when the COVID-19 pandemic started. Due to the encouragement of some close family, I finally ventured down the path of making a Pokemon game that I wanted to play because I wanted to tell a story. As the project increased in scope, I became more ambitious and am now at the point where I wanted to release the game to the general public. In that regard, I've tried to include everything I always wanted in a Pokemon game, and I hope that everyone else that gets a chance to play it will enjoy it too.

In no way do I receive any profit or monetary compensation for this fan game. I have made this game under fair use laws and do not intend to breach those.


Plot:​
You are an Agent working for the Republican Agency that has been sent back from the year 3564 CE to the 21st century. You have been issued orders to track down strong trainers known as Soul Keepers and recover their sacred pendants (the Soulstones) that hold strong legendary powers and the ability to command the loyalty of certain Mythical Pokemon. What you discover as you venture out on your mission is that you have been inserted into a much larger conflict between two ancient factions; one that is seeking to unleash an evil upon the world and the other that is desperately trying to protect the Epoch Region from its return.


Features:​
The following contains a list of the features of the game:
Screenshots:
And now for what everyone has been waiting for, to determine whether this is worth playing or not. 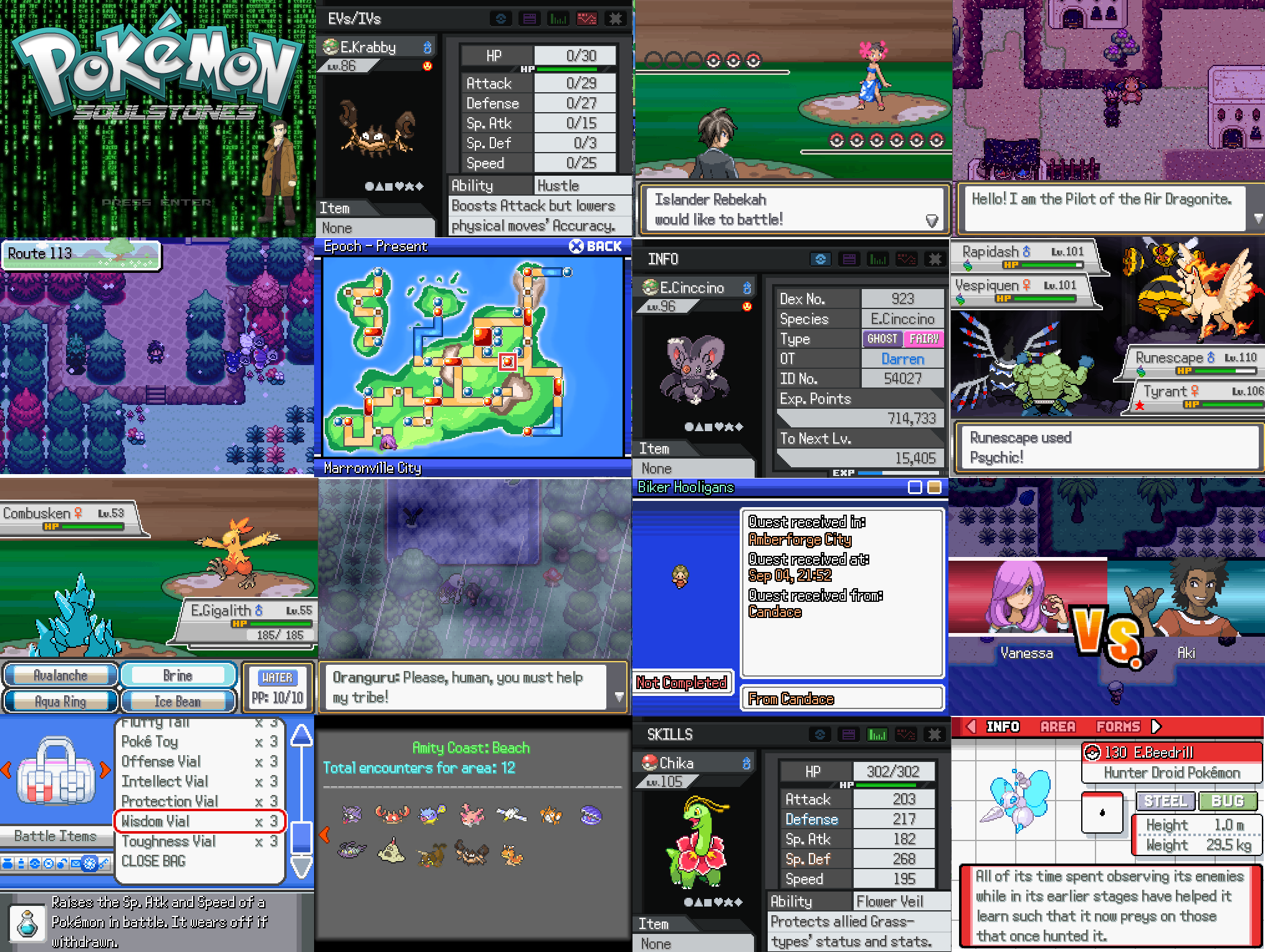 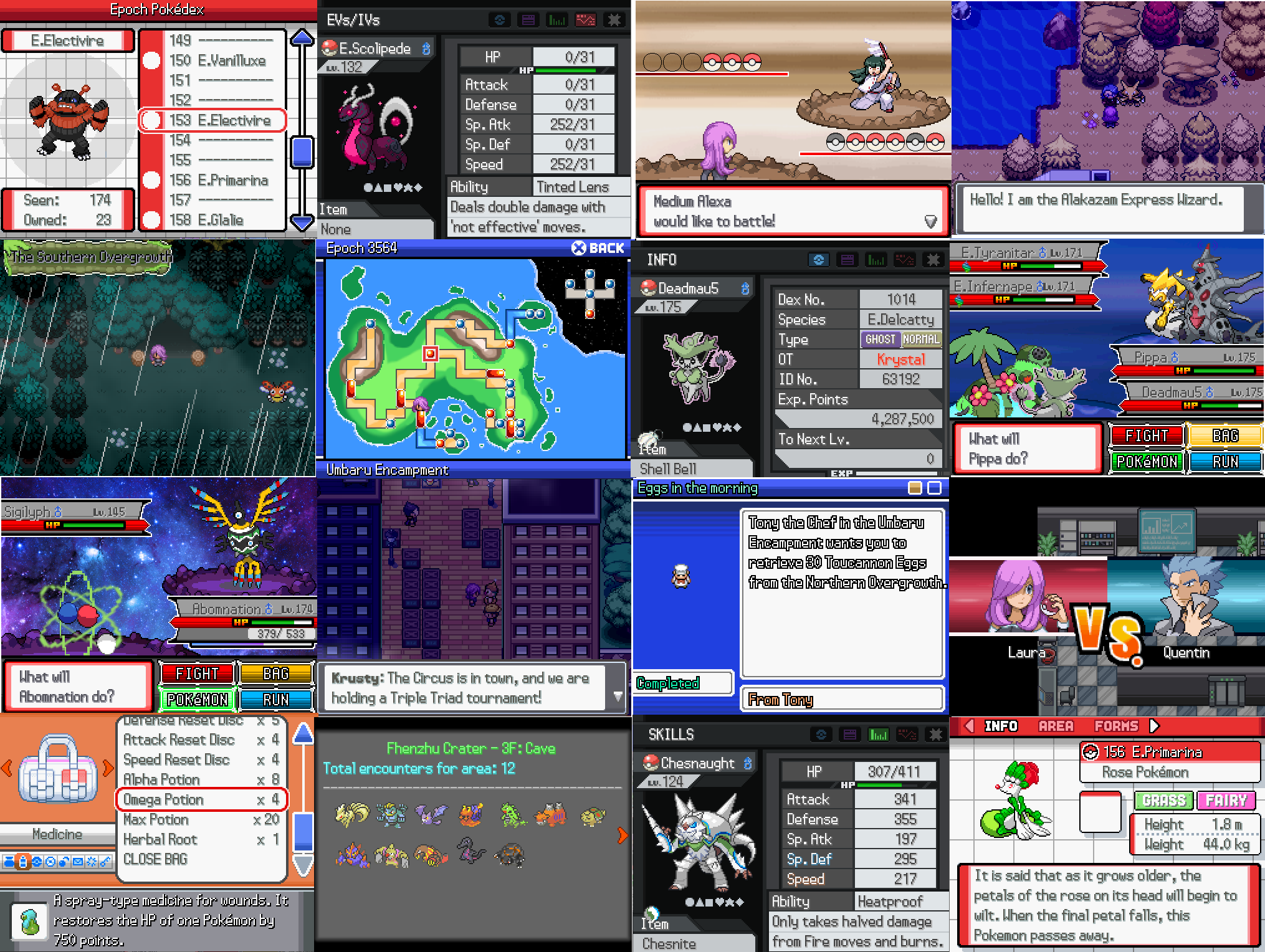 The Epoch Library:
A number of guides including technical installation instructions, to how to farm gold, to puzzle solutions are included in the Epoch Library. Check it out here:
https://pokemon-fangames.atlassian.net/wiki/spaces/PS/overview
​
Roadmap:

Download:
Download Link for Pokemon Soulstones v2.0.4:
NOTE: If you already downloaded v2.0, Part 1 only needs to be re-downloaded. If you have previously not played the game or patched to the post game content, Part 2 should also be downloaded. When you have downloaded what you need, extract the downloaded package(s) into the same folder. If you have previously played the game, you should overwrite your previous game folder with the new downloads. Otherwise, it's suggested to delete the folder altogether and replace it completely as overwriting doesn't fully fix the issue.
Part 1
Part 2


Credits: If I have missed anyone or misquoted you in the credits, please tell me! I have absolutely zero intent to steal anyone's work and this has and always will be a pure passion project!


The following are credits for the various assets used in Pokemon Soulstones.

The vast majority of these names are because direct work was used, but some people were credited because I used their work in previous versions, or because I got inspiration from their work whether I used it or not, and I don't think the final game would be the way it is without me seeing their work, so I believe they should get credit for the creative processes of the game's development even if their final works weren't used.

Special thanks to the teams of Pokemon Rejuvenation, Pokemon Reborn, Pokemon Zero, Pokemon Castaway, Pokemon Daybreak, Pokemon Empyrean, and Pokemon Insurgence. I leaned significantly on these games for either assets,
inspiration, or bugging their leads for help throughout the entire development process (where assets were private, they were used for inspiration but I would be remiss to not include them in the credits list anyhow).

A HUGE thank you goes to everyone in the PokeCommunity and Thundaga discord servers for helping me with the random questions I had along the way because if it wasn't for the friendly folks on there, this game would never have become a reality!

Pokémon is owned by:
The Pokémon Company
Nintendo
Affiliated with Game Freak

This Game looks quite cool! I´ll try it this day and maybe upload a small playthrough :D

@Shadowphil: Thanks for the publicity. If you do a Let's play or playthrough or something, feel free to join the Discord and I can put a link up to your video there.

If you have never downloaded this game, then both Parts 1 and 2 will be required!

Jos_Louis said:
@Shadowphil: Thanks for the publicity. If you do a Let's play or playthrough or something, feel free to join the Discord and I can put a link up to your video there.

If you have never downloaded this game, then both Parts 1 and 2 will be required!
Click to expand...

Ok thank you very much

Bumping post as there has been a new patch 1.0.2 released that caches animation which greatly reduces in-battle animation lag. The battle experience should now be far more pleasant!

I've updated the link on the main post for Part 1. If anyone has previously downloaded this game, please re-download Part 1 as it contains the latest game with patched bug fixes. A re-download of Part 2 is NOT required.

A small but very important patch has been deployed that hopefully eliminates the periodic freezing issue due to disabling of a looping music script that I think may have been causing the problem. All other changes were relatively small but this patch should be downloaded immediately for that reason alone. I'm not updating the KNOWN BUG section yet though, because due to the nature of the bug being infrequent and unpredictable, I'm not 100% certain it is gone yet. The main page's download link has been updated accordingly.
Last edited: Oct 9, 2020

Another small patch 1.0.5 has gone live with fixes on bugs identified to date! Changelog and download link for Part 1 has been updated on the main post!
Last edited: Oct 17, 2020

A new patch 1.0.6 has gone live with more changes. Changelog and download link for Part 1 has been updated on the main post!

After a month-long public beta, the main game is officially released. The changelog and download link for Part 1 has been updated on the main post.

Post-game and additional legendary side quests will be released over the coming months but the main game is now officially available!

Latest Patch v1.0.9 has gone live which should hopefully make the early game experience less tedious! I just re-uploaded as there was a problem with the earlier upload with the file size being way too small.
Last edited: Nov 4, 2020

A new patch has gone live which has corrected a number of inconsistencies between regional variants' abilities to learn certain moves via their natural movesets vs. TM/tutor moves. A few other fixes are also included. Check the main post for the latest change log.

Hey so I'm currently playing this game and I'm loving it so far. It's a great and very creative story that is a breath of fresh air (Also the shinies and regional forms are amazing).
However I'm currently at Sirius city in the sewers trying to locate Alexis. I've fought every trainer I've come across and found 2 alleys, but I can't for the life of me not find Alexis. Did I miss something? Did I miss some secret passage in one of the alleyways? Btw don't know if that's important but I've also done the Gulpin quest.
It would be great if someone could maybe just point me in the right direction.

You need to fight 5 Young Scrafty Gang Members and 4 Black Persian Gang Members. They are splashed around throughout the Sewer and Alleyway areas. Once you do that, Detective Dent will show up in one of the smaller wings near the two gang leaders. Once you beat the Gang leaders, he will direct you to south where Alexis will be waiting.
A

You need to fight 5 Young Scrafty Gang Members and 4 Black Persian Gang Members. They are splashed around throughout the Sewer and Alleyway areas. Once you do that, Detective Dent will show up in one of the smaller wings near the two gang leaders. Once you beat the Gang leaders, he will direct you to south where Alexis will be waiting.
Click to expand...

Great, thanks a lot. I'll try my luck now.

A note to indicate that Patch 1.0.13 has released which features a number of balance changes, bug fixes and most importantly: A randomizer mode. Special thanks to chardub aka Frogman for his assistance in helping implement the randomizer script (updated in credits)!

Just a wolf that loves the shadows on a hot day :)

If this is the quality of game YOU create thanks to the lockdown I am inclined to pray for another lockdown so you can make more games. Well done! I seriously hope you make more games

That's very flattering. Thank you and I'm glad you enjoyed the game! There is more expansion content to come with Region 2 (or what I'm calling "post game") so stay tuned :) !

A note to announce that patch 1.0.14 has been released which contains a few bug fixes, and tweaks to Epoch Pokemon/ Custom Megas. If you're new to the game or doing another play through, please re-download!
Share:
Facebook Twitter Reddit WhatsApp Email Share Link
Top