Into
Hi All, Pokemon Academy is a project I started earlier this year.
For each fan game I make I like to focus on something a little differen't and so this time I wanted to try a small scale game which focused on limited area for exporation but include a functioning story.
I also wanted a game which didn't focus on the standard collect badges and beat the evil team so I needed to think of something else in terms of achievements to represent progression.
The resulting game came together as Pokemon Academy.

With that being said please do keep in mind it is a very early Alpha demo and there are a lot of things missing.
Characters will have default sprites from the essentials pack as placeholders but are set to change.

Plot
Join the Pokemon Academy and progress through the story with the day by day feature (Ingame not real time).
Explore the academy campus, attend lessons, take on a few side quests and most importantly battle to earn points and become the top of your class by entering tournaments along the way.

Progress
Currently the Game is in it's alpha state but with very limited testing I'd like some feedback before continuing the development of the game to make sure things are all working as they should.
Again as an early alpha the game is missing a few extra side quests which are all planned out and will be implemented at a later date if feedback is good.
As previously mentioned placeholder sprites are being used for various characters in the game for now. 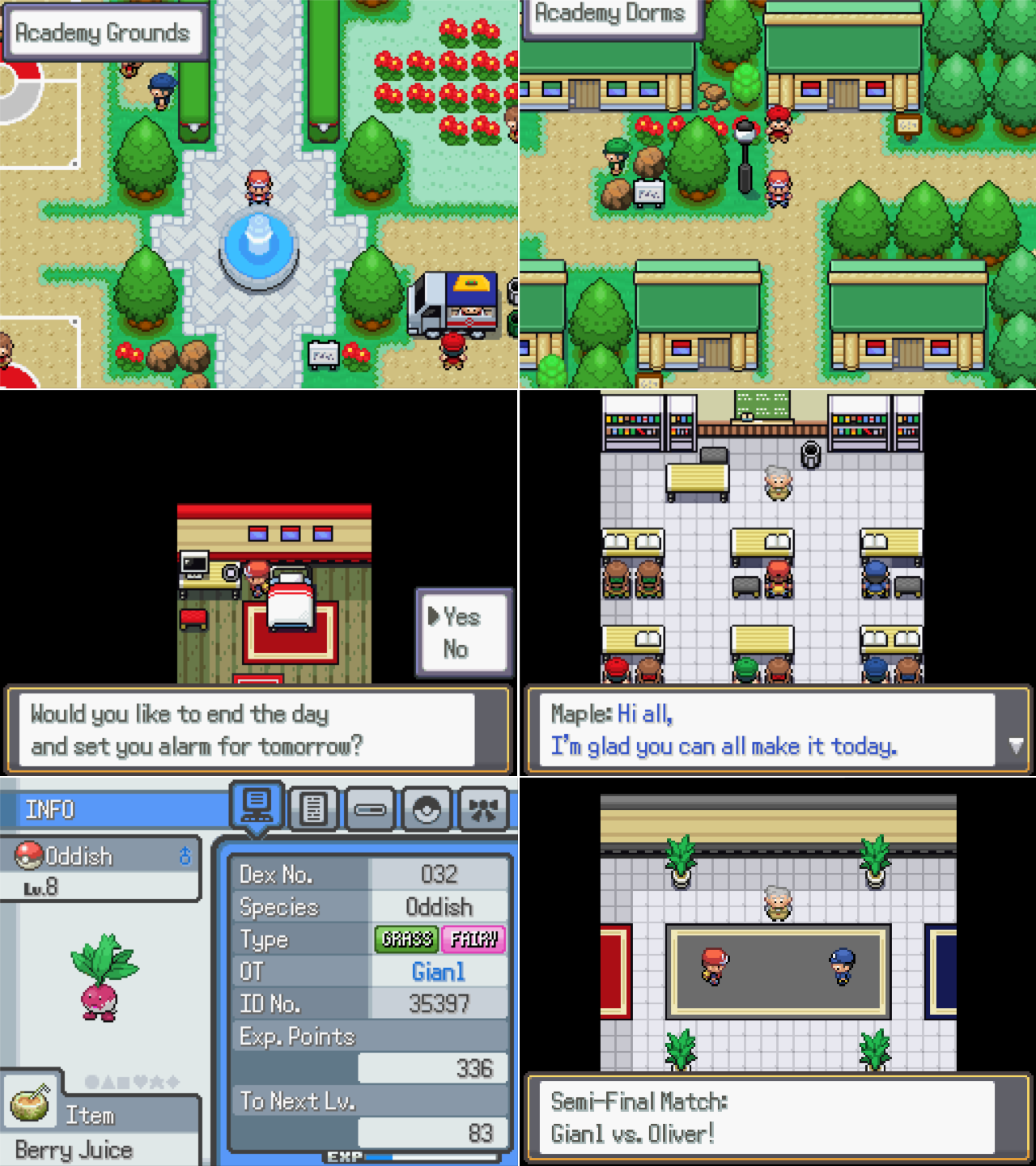 Pokémon is owned by:
The Pokémon Company
Nintendo
Affiliated with Game Freak

I love the color palettes of your tileset!

Please remember to credit all who helped create Pokemon Essentials! The full list can be found in the Scene_Credits script.
ALL Gen 4 Overworlds | DPPt Menu Frames | Gen 4 Day & Night Tones

VanillaSunshine said:
I love the color palettes of your tileset!

Please remember to credit all who helped create Pokemon Essentials! The full list can be found in the Scene_Credits script.
Click to expand...
Oh thank you I forgot to do this!
I've now added them to the credits list.