Play on android:Discord:https://discord.gg/C4Dyz42
#==========Introduction=========#
Get ready to jump for a new pokemon adventure in BANREL. Collect 8 gym badges and challenge the pokemon league. Meet different trainers.....catch lots of pokemons. But be aware of the evil team Trident.....make up your way to legendary Angelien. Visit different cities. Challenge your rivals. Help many peoples, and defeat the evil trident army. Make your self the very best like no one ever was. Solve various puzzles and make your way to your dreams. 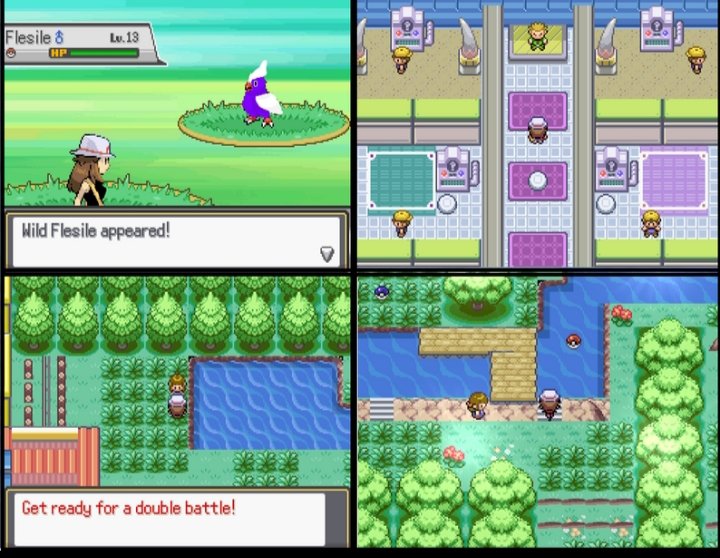 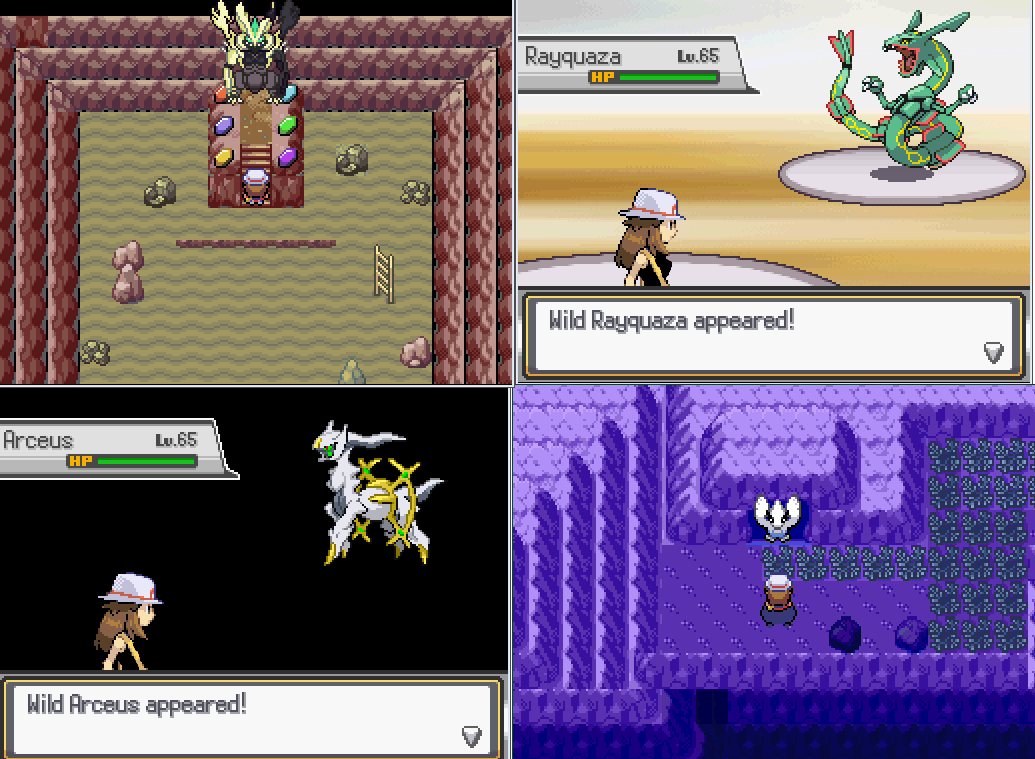 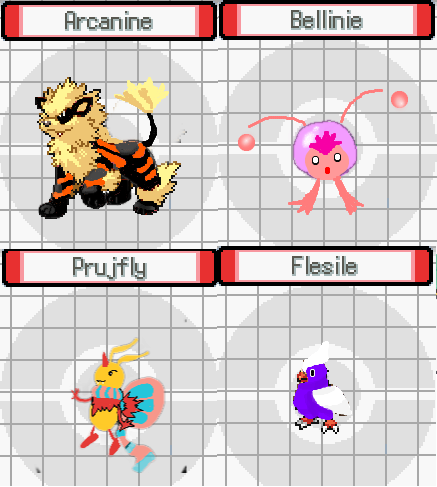 Credits:
Pkmn Angels
MADE BY Sweeto,Pokebu.

All Pokemon are created by Game freak and Sc(sweeto)

And all others who helped
Ultimate Title Screens:
- Luka S.J.


- Thundaga for the amazing tutorials to help create this

- My incredible friend Saptarsi for testing everything, making custom sprites and most of all putting up with me.

- Most importantly Gamefreak for making one of the best game series ever, they also own all of this so.

Hi, I've approved the thread, but we require that you update your credits section to include all of Pokémon Essentials' credits.

Ok so I've played for maybe 5 minutes at most, one trainer battle in... so take my feedback with a grain of salt.

But man this game is filled with obvious, glaring, game ruining errors. From mapping, dialogue, text, spritework, balance, everything I saw soured me to the game.

Outside the edges of the area you can access shouldn't be black screen, should fill it with generic trees or something. I was running through the some of the walls inside my house. You run into most doors in the first town, no msg they are locked, no insides, just clipping inside one square. It looks like you've spliced some basic mapping houses on top of each other to make some 2 story buildings.

The dialogue is either all caps or all lowercase. Filled with run on sentences and rambling, barely understandable english.

You have various different styles of sprites that clash drastically. When you select gender you have a scaled down pic of the gen 6 protagonist. You have mostly gen 3 tilesets and characters. It looks the the professors sprite in the intro is from gen 4 style. The sprites for the pokemon center/professor lab seem to have gen 5 sprites.

When you get your first pokemon, you are randomly summoned to fight a level 50 legendary in a scripted event. This doesn't seem to have any story explanation or characters reaction to it, and it is incredibly jarring. In the first route, when you only have a level 5 starter, there seem to be common level 8-9 pokemon.

And these are just a brief rundown of the most obvious faults from a few minutes of the beginning of the game. At the moment, I have no interest in playing it further.

All that being said, I actually am fairly interested in where this game goes. It does seem to be more or less complete, just instead of lacking polish having no polish whatsoever. I will check in on this project in the future, because I do think there is potential deep down. The errors seem fairly obvious, in my opinion, so should be fixable. There is just... a lot of them.

Manima said:
Route 1- there arevaldo pokrmons of lvl 2 or 3. They are not multi storey buildings but they are based on some popular architectures of the original place in which the town is based. Another thing is that don't judge a book by its cover, just playing for 5 mins or so you can't know about the game. You may have seen the youtube walkthrough before downloading. Fighting a lvl 50 legendary is the part of the story. Even in Sword and shield you need to battle a legendary after starting your journey and battling with hop. Thosr speeches were in clear english, its your fault. All caps are used to show the important speeches. The maps after Melcania forests were better than the map of the town that took your 5 mins. You have elxplored only the 1st part of the game(1st town and route), you need to explore more to know whether or not the game is really ruined or not. And if it has a mixture of sprites what is the problem. Only few sprites have been replaced with gen 5 sprites like the professor. Black edges are fewer after the forest which haven't visited at all. You can't walk through walls unless its separing some rooms. Play it further to know wheter or not the game is polished or not just walking few steps along the 1st route couldn't tell you anything. You can't judge the entire game just playing few minutes roaming in route 1. Sorry for the crazy mapping in the 1st few maps at that time I was a noob. But I can ensure the later maps are better and you can play it. Less dark edges and better maping output after the melcania forest. You have explored very few of it. And again I will say don't judge a book by its cover. Though as you said I will develop the maps to allow everybody to get a fewer black areas
Click to expand...
As per your request we will bring a graphic update soon by this week! Stay tuned, I hope you will like the newer graphics for the 1st few areas as other areas are better designed! We will also try improving the speeches! Be with us and cooperate like this!
Moni_Maa
M

Are the starters mono typed like gen 2 or gen 8 s starter set or they are ending up being dual typed?
OP
OP

Maor80 said:
Are the starters mono typed like gen 2 or gen 8 s starter set or they are ending up being dual typed?
Click to expand...
Monotypes like gen 2 and 8 but can learn attacks of other types. They mainly have stats similar to gen 2 starters and in this game, pangire(fire) is the best and is strong against several gyms
Moni_Maa
OP
OP

If anyone have any queries they can ask here :D
Moni_Maa
OP
OP

Pokemon Angels out with much better graphics, you have to just replace the old files with the new files and update the game! Support like this and keep playing! People downloading before 27th August replace old file with previous one.
Moni_Maa
P

this game looks cool, let me know if it would be easier to make a team of pokedex was shown for this game. so people can see what the pokemon and fakemon types are ahead of time.
OP
OP

pizzataco890 said:
this game looks cool, let me know if it would be easier to make a team of pokedex was shown for this game. so people can see what the pokemon and fakemon types are ahead of time.
Click to expand...
There's a pokedex in the game where there are all pokemons and fakemons. It usually has almost all pokemons from gen 1 to 5 with some exceptions. The fakemons include The legendary Angelian, Saleamuleon and Demonevil. But Demonevil is a evil pokemon and thus not accesible. The others include psychic type family of Bellinie, water and ground family of Swampadile, Flying type family of Flesile, Bug type family of Meltipillar, Fairy type family of Hatcream, Grass type family of Cobud, Dragon type family of Omnigon and many more. There are regional variants like Dark/Fire Arcanine, Water/Psychic Swanna and many more, these were some of the good fakemons and the best starter in the game is fire type Pangire. Other starters are Water type Tiaqua and grass type Flossom. I hope this will help. This are the best choices for the team.😊
Moni_Maa
OP
OP

We are on Pokemon Fangame wiki, for any more information visit our wikia page- View wikia page
Moni_Maa
OP
OP

To all downloaders before 10:00pm of 23rd(time is according to Asian nations) September download the latest pokemon Angels V3 file.

■ The lady at the gate of trekkers road will now ask you whether or not you want to battle the champion or fo to trekkers road.

■ You no longer need to rebattle elite 4s to reach Kathemendum, You can fully access Trekkers road to go Kathemenum

■You can now use any HM without any certification of particular badges.

■ Gohail city and Chekpost Cave can be accessed and the gameplay has been extended.

Arfan Ahmed said:
Hey! This one is V5. Right? Then where is V4? Has it been skipped or I missed it?
Click to expand...
This is v5, in v4 we made some changes but we soon bought v5 update so v4 was a minor one and we made comment but deleted it
Moni_Maa
You must log in or register to reply here.
Share: Facebook Twitter Reddit WhatsApp Email Link
Top