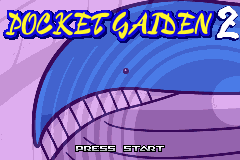 POCKET GAIDEN 2
current version: v1.0.1
​
In the Ríota region, which is based off of Uruguay, there's a rumour circulating that 'in Wing Peak, a wish-granting genie lies'. Clad, a swimmer who recently competed in a national competition, is about to begin an adventure from the capital Prime City to Wing Peak with his three friends - the energetic Fern, the studious Malimo and the hard-working Ryan "Rye". However, Clad is also having strange visions of a young boy asking him for help. Who is this boy? Is Wing Peak's genie even real? And what kind of challenges and opponents will the four friends face on their journey under Ríota's hot summer sun?

For patching: use BEAT (https://www.romhacking.net/utilities/893/)
Apply the patch to an Emerald (Trashman) ROM.

I highly recommend using mGBA to play the game. VisualBoyAdvance has produced many problems and crashes which don't occur on other emulators. I'm afraid I can't accept bug reports from people playing on VBA. 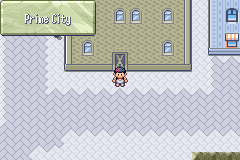 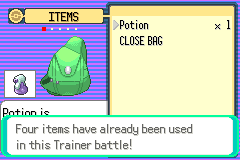 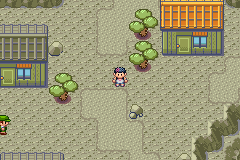 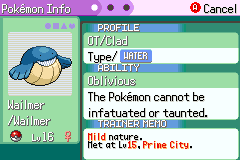 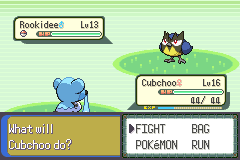 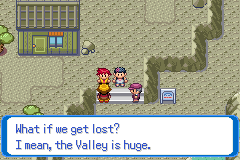 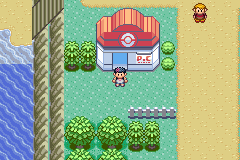 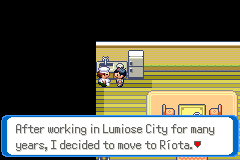 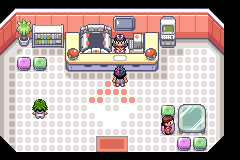 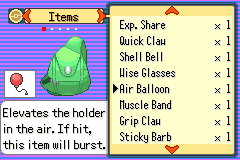 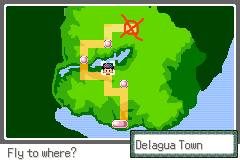 The game was updated to v1.0.1, fixing a major oversight. Please update if you've already downloaded the game.

I highly recommend using mGBA to play the game. VisualBoyAdvance has produced many problems and crashes which don't occur on other emulators. I'm afraid I can't accept bug reports from people playing on VBA.

Again with an interesting hack eh. You rock Man:)

I finished your game! Nice job putting out a game this year! I had a few bugs, but they were all from my use with VBA. Apologies for that, I don't really touch romhacks often.

I do believe I can still talk about the game itself, yeah?


This game had a lot of differences from the first one, but I don't like comparing things like that, so I'll try to keep it to Pocket Gaiden 2 as a whole for this first part. Disclaimer that this is my personal experience and I could've been playing the game wrong, lol (I hope VBA didn't touch the balance as well for some reason?)

I had a good time with the game overall. Pokémon variety was cool, and starting out, nobody was really useless. I found that every 'mon in the first area had something going for it to be usable. For example, leveling each 'mon once or twice either had them do something like evolve (Shinx and Rookidee) to instantly have them pick up the team or a really good STAB move (Cacnea Needle Arm, Ponyta's Flame Wheel) so like I'd go into a match-up and be like "Oh, I have something to make this fight way easier now", which is great so that everyone has room to shine.

This game was definitely challenging, though. I found myself wiping plenty of times and there were a few select trainers and events that sent me back multiple times! A lot of trainers boasted strong mons and strong moves at the same time, with some of them having moves that I'm pretty sure are from TM. I think every Vigoroth trainer wiped me at least once (and some multiple time), since STAB Uproar was really tough to take down and a lot of mons just couldn't take the pressure lol. This sort of leads into one of problems my team selection had, everyone evolved really late and I was struggling to catch up with the level curve at the same time. Usually, being a few levels under is no problem since you can always outplay a computer AI, but trying to find a way to have a Wailmer, Ponyta, Corvisquire, etc tank some of the enemy mons had me being a bit creative. Eventually, I sat down and grinded the cave until I found a Tyrogue and had Hitmonlee carry to team for a bit, who was still pretty weak until he got a Fighting-type move, but I cheesed a lot of fights with Fake Out, switch, Fake Out, switch etc. I think the Intimidate users in the early routes were supposed to hint that "ohoho, better be ready to square up to these fights", but I really wanted to try Moxie Sandile and I tend to use Intimidate in every fangame I play and wanted to try something new lol.

At the very least, training Pokémon was not a big issue with the Lucky Egg and EXP.Share given very early into the game. Definitely appreciated it and kept me into the game, because I did have to grind a fair lot before hitting up the final cave (Krokorok, Wailmer, Ponyta, and Corviknight all evolved at level 40 and 38 for Corv, and the two fights in a row before the cave was kinda crazy with Nas being even crazier lol). Hitmonlee kicked everyone's ass with Hi Jump Kick once I got it though.

Speaking of Pokémon, Wailmer was a surprisingly good pick. Moveset was perfect throughout the game and it did damage and took damage very well. A great all-arounder and perfect starter Pokémon. It did especially well later when I had the Blubber item but I honestly couldn't tell if it was working or if Wailmer was just naturally bulky, so I lot of the times I gave it the Lucky Egg (as Wailord was a long ways away). I heavily appreciated the late game Fly and also the move relearner existing so I could use its signature move!)

Mapping was really nice, but I found them rather wide and big, so that sometimes I couldn't see where they begin and end on one screen. This led to me getting lost just maybe once or twice, but the game itself always put you in the right direction anyway (this problem didn't really exist in the later areas). It led to a benefit as I had a full bag of items from exploring before I reached the cave, and they were all useful items that benefited 'mons nearby. It's cool you continued that tradition!

The one cool thing I definitely appreciated was the buying spree before the gauntlet. You're given a lot of money and just had time to just organize a item strategy moving forward. You didn't really have any Pokémon available yet, so I just bought a lotta of healing items (and some of the Held Items) but it's a really cool idea! I honestly think something similar of similar execution could be it's own Game Jam game someday.

In regards to the story, I have a soft spot for stories with all male protagonists (for no reason in particular) and overall, I didn't dislike them and really liked how chummy they were! The way the text works and the dialogue is exchanged could be a tad disorienting, however. I do appreciate the attempts to signify who was talking though. People would walk in place a bit and everyone had their own text color so I always knew who was talking. I'm not sure how the convention for Generation 3 text works, but I believe a name before the text would've helped a bit? To be fair, I'm weird and don't like extrenuous use of color text however, so take this with a grain of salt. Nas and the Player exchanges were a bit confusing, but I can easily figure out who was talking to who through the tone of the text. Speaking of Nas, I thought his character development felt kind of sudden with his exposition in the cave, but it was still a cute change of heart.

Going back to the boys, I totally understand that it was impossible to flesh everyone out to length, but I would've absolutely loved like a mid-game meet-up at the side of the mountain around a campfire or something where they would shoot the wind a bit! I think there was a lot of potential in this kind of set-up in general, and I do appreciate the different approach to the story.
Misc. Thoughts


-I got TM Thief really early on for Krokorok and was excited to start robbing trainers but I never got anything from that haha, a little bit of a bummer since I feel like there was a precedent for this kinda game design

-The items being littered around were very useful for exploration rewards and gameplay reasons, but they felt kinda random. To be fair, there's not much easier way to distribute them around.

- Nas and his level 38 Krookodile cheatin'
This was mostly rambly with a lotta words out of my head. There's a few more things I could go on about, but this was mostly the stuff I think I wanted to say. Thanks for making this game!