This thread's author is looking for long-term team members.

I'm TH, and this is my actual fangame: Pokémon Ammolite. I'm doing a lot of things by myself in this project, but I need some help to do it, so... let's knew the region! 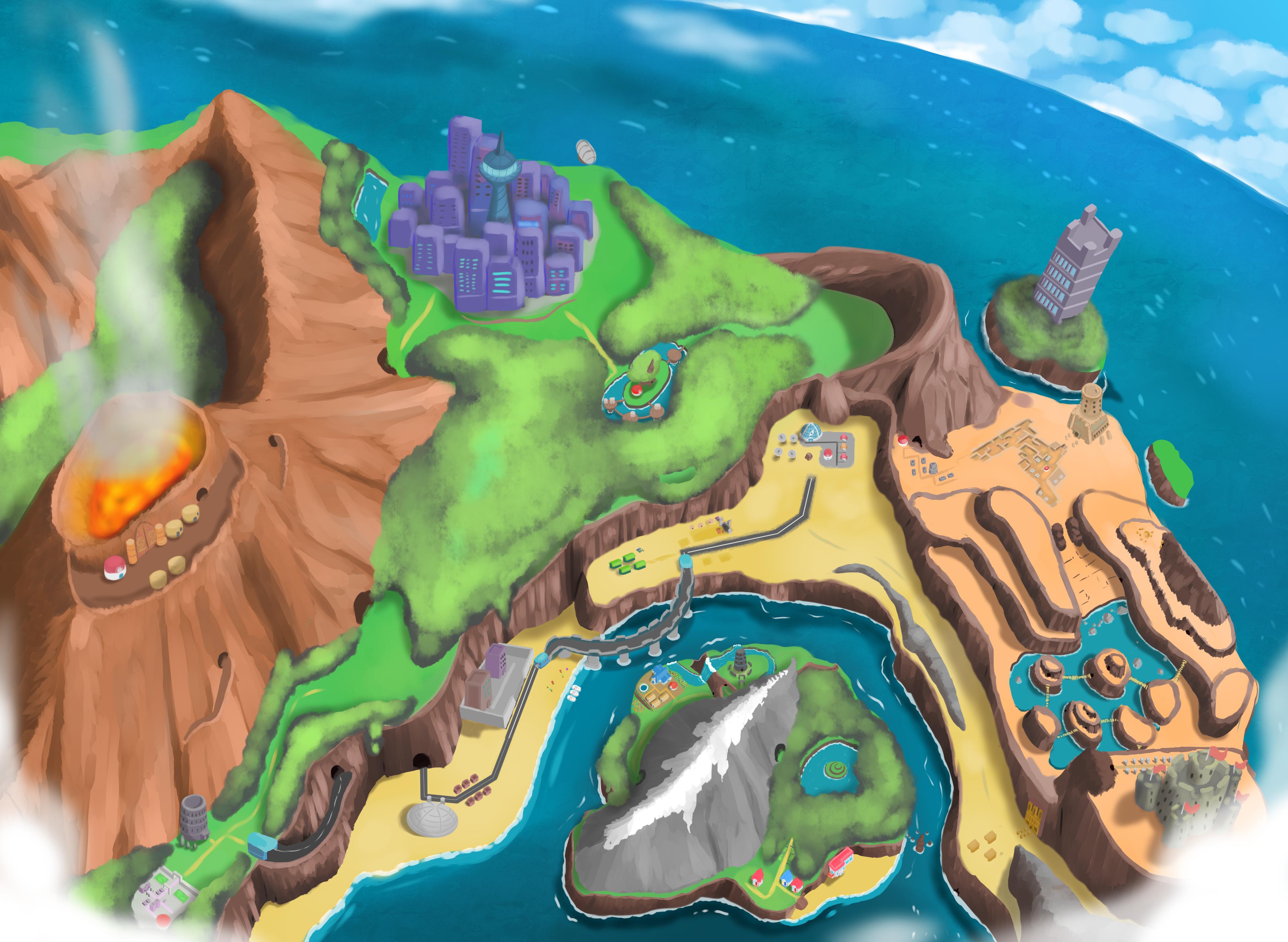 This is an old version of the map. I'm still finishing the art of the region.
This is Draquar, the region that hides some secrets of the beginning of life in the Pokémon world. A vast landmass that has given home to many people and pokémon since the beginning of everything. The region has 16 cities spread over two islands, with a structured ecosystem.
The story begins on the central island, the Aquorde Island, where Oliver / Violet will begin their adventures in the world.

The project:
The whole story is being built around the idea of the 5 main elements of nature according to witchcraft: fire, water, earth, air and ether. Legendary pokémon are dragons that possess the power of these elements and that created the whole region after calming the world that was in chaos during its formation. The idea is to create a new fauna and use a minor number of official pokémon, but the dex is scheduled to feature 208 fakemon + 70 ~ 100 official pokemon for now. There will be some systems to adapt to the game, others to do from scratch. This is a very big project.
I'm doing a lot of things on my own, but some things like programming are too complex for me to be able to do everything myself, so I'm looking for help with programming, fakemon sprites and scripting for now.

Some things that I've already made:
Most are related to visuals and music: 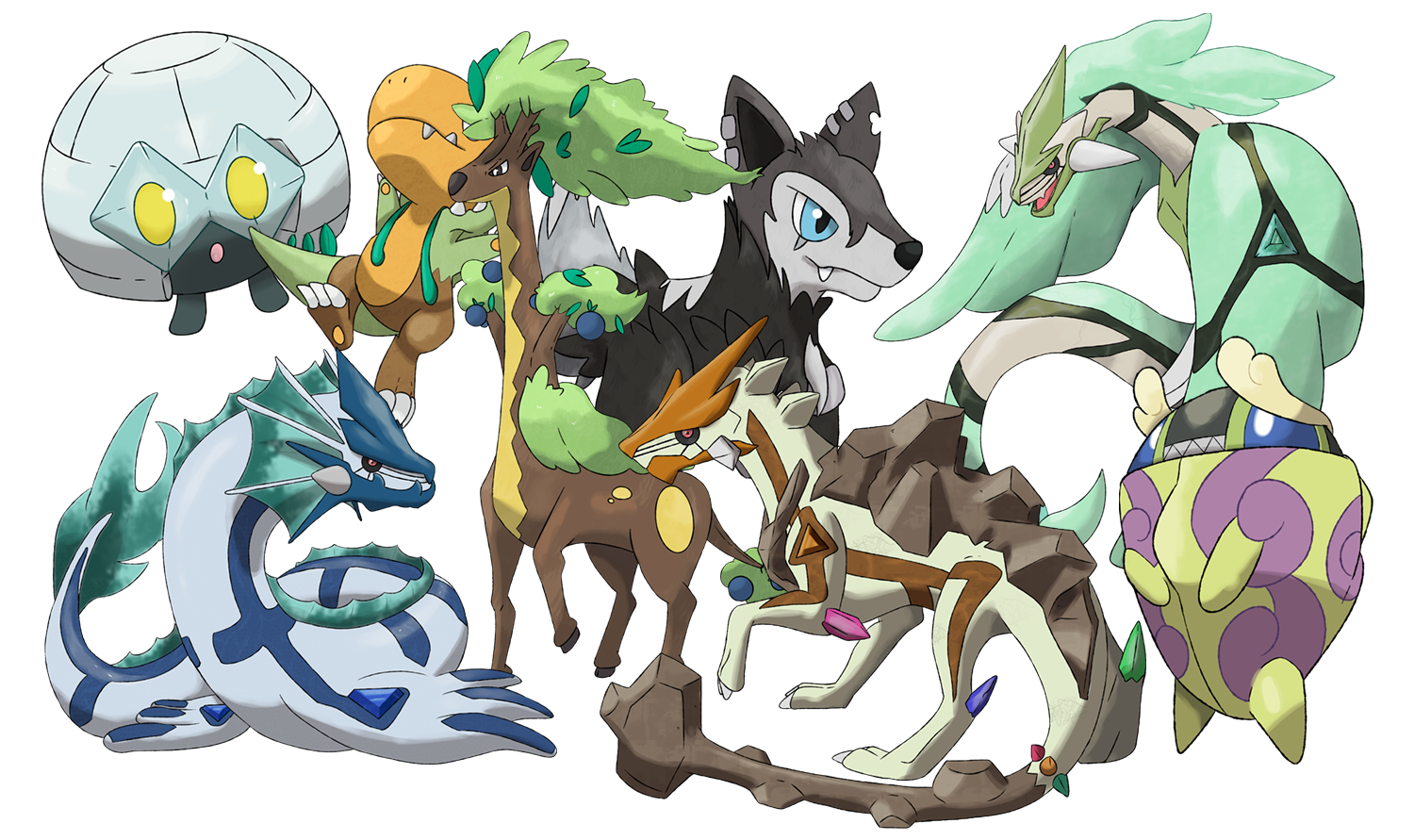 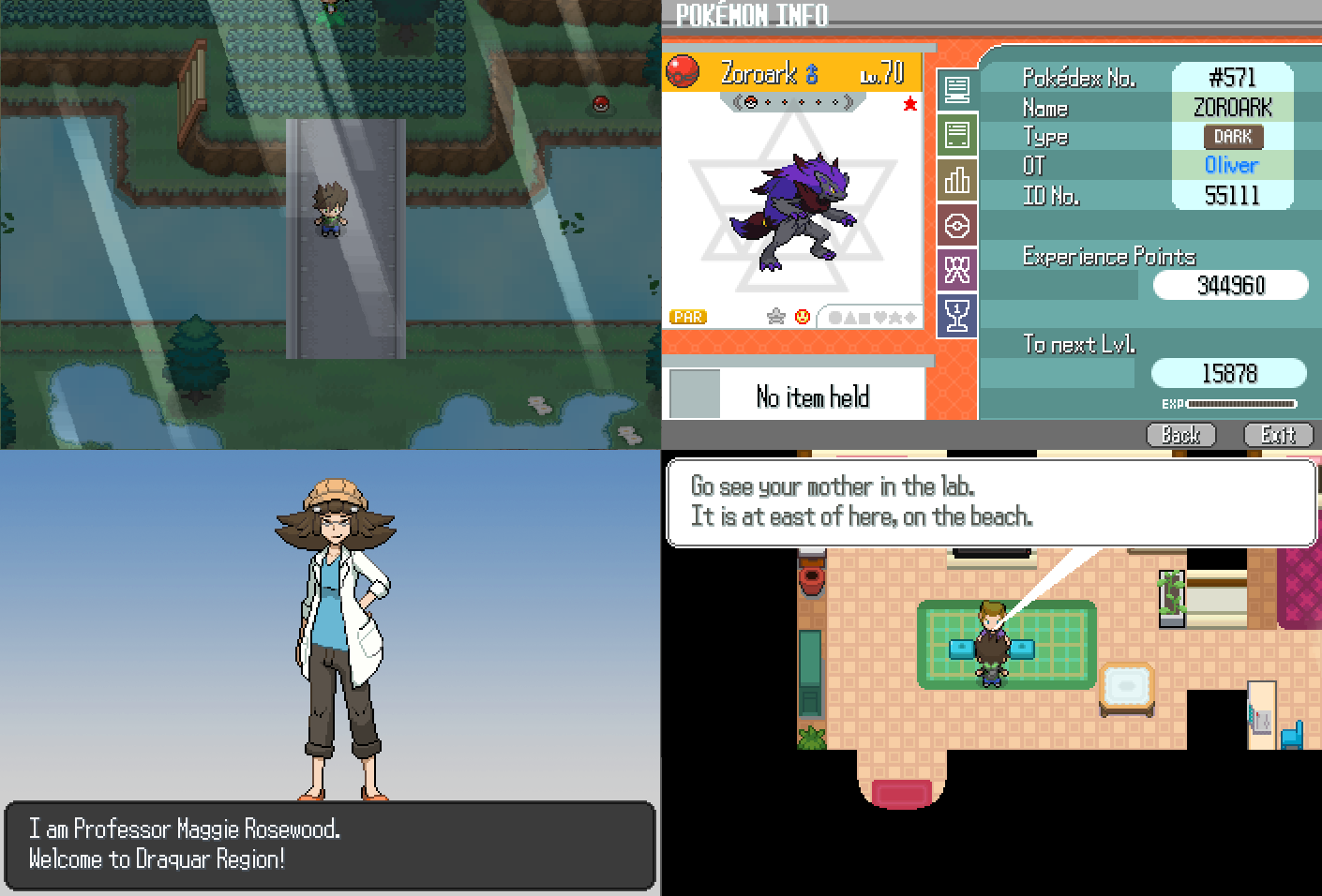 The father sprite will change later. For now I'm doing tests on the gameplay time with a lot of place holders.

Wow, man! I love those Fakemon. I could help you with the fakemon sprites. I'll try to contact you on Discord.
P

Let me Know if you need any game testers to help find bugs and errors within this game. I do have experience with doing that such thing,
Last edited by a moderator: Aug 16, 2020

I absolutely love the Fakemon. What do you require assistance in?

MagallanX said:
I absolutely love the Fakemon. What do you require assistance in?
Click to expand...

For now, spriting, animation and pixel art, since I doing the music, mapping and art stuff, and some friends are doing the code stuff.