Introduction:
Originally created for the 2020 Winter Game Jam and made with PSDK, this was a random idea I created to be a short yet hyper-detailed little fangame. The game combines Gen3 sprites & tiles, gen6 arts and misc custom graphics, but I still think it fits pretty well together. One of the most prominent features of this game is a race sheep-people I call "Fauna" which incorporate half or more of the characters of the game including the protagonist. It's been described as a "feels less like a Pokemon game and more like an RPG", so it is quite far from "traditional". I have to mention that it is a bit... depressing, though I tried to add some enjoyable elements.

You play as Juliette, a seemingly normal woman who wakes up with amnesia and spends the course of the game trying to discover what and who she has forgotten. But what will happen once she discovers the hidden truth? 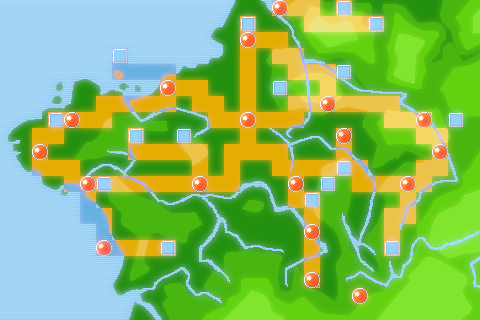 The setting of the game takes place in Kalos; specifically in that custom northern section at the top of the map; specifically taking place on a cold winter night.

At the beginning of the game you start off with 2 party Pokemon. Your primary starter defaults as Delphox, but you will have the option to choose your secondary partner! Which one of the blue trio will you make as your partner Pokemon?

Through the course of the game, all main characters will have a dialogue art with them. Since I was originally making it for the game jam I didn't have time to make 100% custom arts. Now seeing as I have most of the characters done like this, I've decided to keep this way of character creation for the remainder of the game. For example purposes, this is Katherine; the bubbly nurse of the game's Pokemon Center.

Speaking of customized XY arts, based on the location-types I've chosen, the official trainer vs arts don't really fit. I've had to edit them a bit to make them setting-appropriate. The above include the Icy Model (originally the female Swimmer) and a winter-variant of the Backpacker. 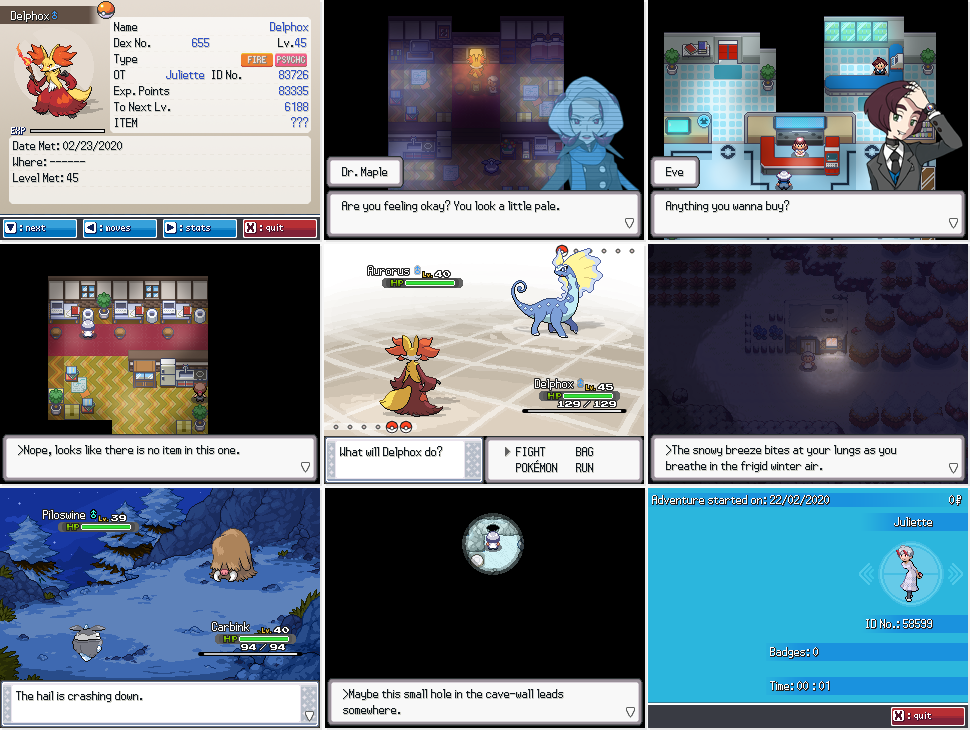 [Special Thanks]
Nuri Yuri
Buttjuice
Rey
LucosDiCampos
Game Jam-Required Map - Otter Flooflord
All those who offered positive feedback and helpful critique on the Pokemon Workshop Discord as well as on my twitter.
*Game thread layout inspired by the one for Ethereal Gates.​
Last edited: Dec 1, 2020
Click to expand...

Trainer · From Canada
Hello there,

My name is Elle, and I'm an overly ambitious developer with low self control on how many projects I make. I have several fangame projects (not all Pokemon) that are mine and then like a bunch I volunteer on. My current volunteer projects include the graphical update for Zeta / Omicron, helping work on art for Phoenix Rising, Pokemon Jade and Pokemon Epsilon. I've had minor appearances with my work in fangames of the past, but nothing special.

I'm here to meet new people and make friends as well as learn new things and hopefully gain more confidence in my own works and show them off! :)

Looking forward to playing this game, if it ever gets released. I'm a game dev too, but the exact opposite lol. I'm the one restricting my teammates to almost reasonable goals.

Been a while since I updated this project; been so busy with life and other work. Recently I have been updating the character arts. In the Game Jam I only had a small window of time to make small edits and basic re-colors, but now I have time to make the vision of my project feel more complete. Here is one example with me updating one of the main cast named "Alice".