Plot:
- "The ECO project is a failure", 5 years earlier than the current narrative arc -
A group of researchers is working on a revolutionary project in a laboratory.
If successful, the experiments conducted within it would allow communication between the pokémon world and the distortion world, which is guarded by Giratina.
Due to the negligence of the research group supervisor, one of the machines inside the laboratory catches fire.
The fire causes the destruction of the entire structure; in addition, one of the members of the research group lost his life.

- "Present" -
Our adventure begins; it starts from a small town, SHIMMERING TOWN, located in the center of the SHINZO region.
Present and past events, apparently distant from each other, will begin to intertwine and upset the lives of many people. 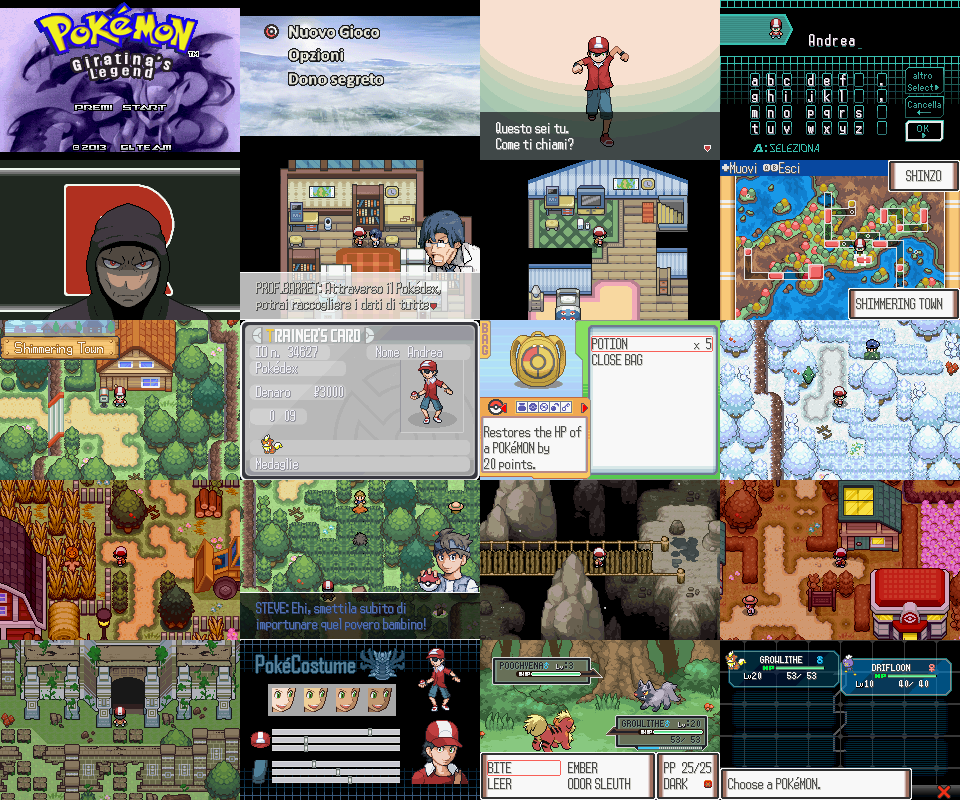 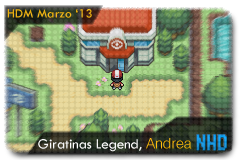 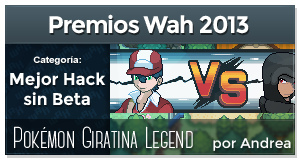 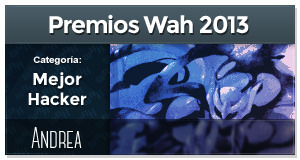 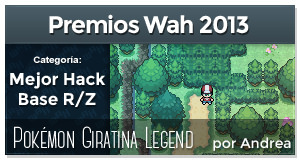 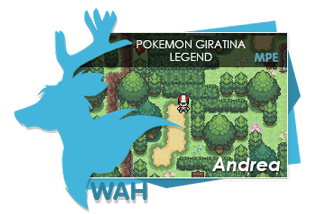 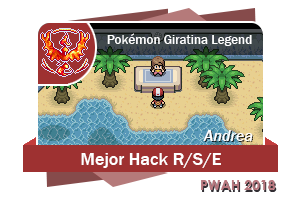 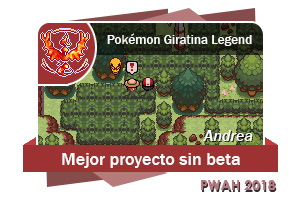 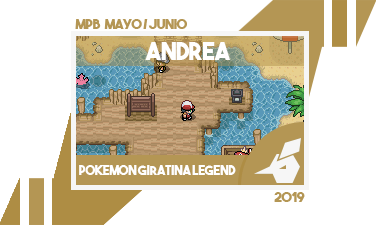 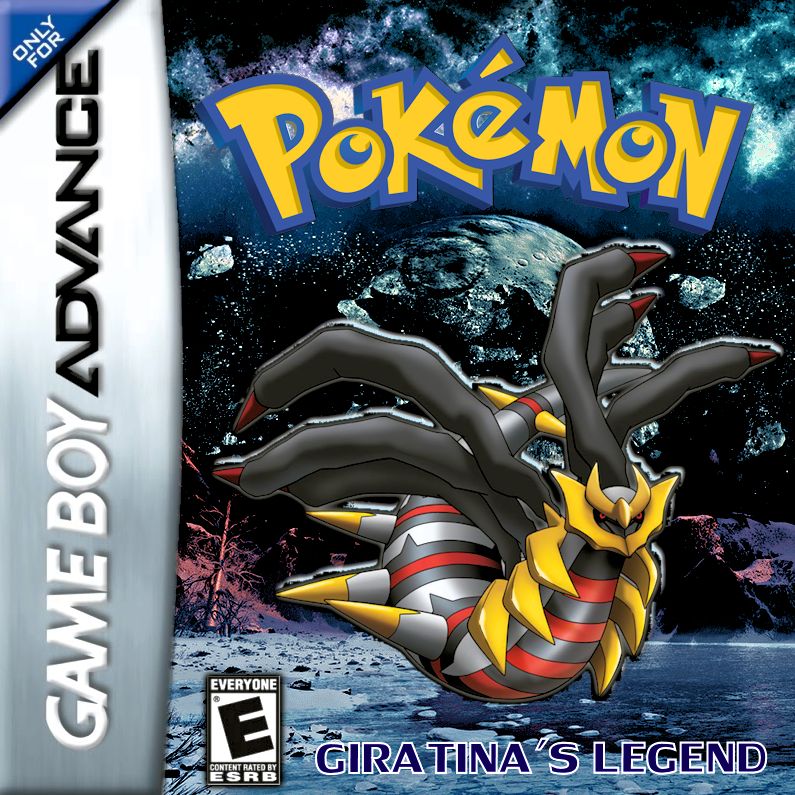 Important notes:
It appears that the ROM only works with specific versions of the VBA and certain settings.
- Make sure you use version 1.7.2 of the VBA and set it as follows: "Options> Emulator> Save Type> Flash 128K".
- If you are using Windows 10, be sure to run the emulator with the "windows 7 compatibility mode".
This way, you shouldn't have any problems with freeze or white screens!
Last edited: Jul 31, 2020
OP
OP
A

Good evening to all, it's officially available the version 0.61 of the alpha.
Below, i report the news:
- Fixed some mapping errors and allowed movements
- Fixed the problem of "flashes" during warp and fadescreen
- Added the seasonal pokémon, a particular species of pokémon that will appear in the tall grass more frequently only in a certain season
As usual, to download the new version of the rom, you must click on the banner in the main post!
OP
OP
A 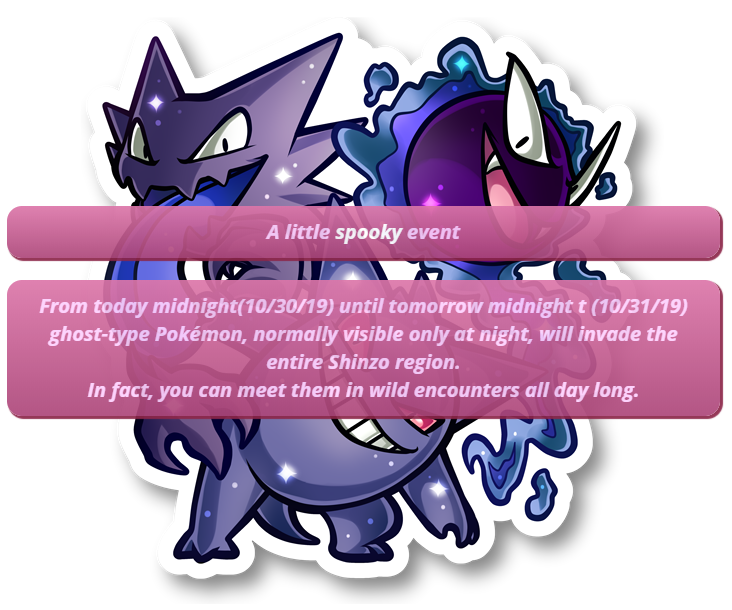 Hello everyone and welcome to the first update of the year.
The first news of today is that with the arrival of spring, hoppip and bellsprout they can be found in tall grass.
Now let's move on to the real news.

1. Bug Fix
During this period, I tried to solve some problems that were already known and that were reported to me several months ago:
- After several attempts, i can finally announce that the fadescreen are now working on the versions of the VBA higher than 1.7.2.
- Fixed issue related to drop in battle statistics: 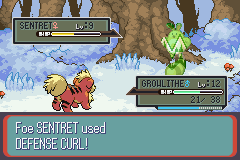 - Finally, an issue related to 2 VS 2 battle with the recruits has been resolved, which caused the game to freeze

2. New Menus
In parallel with the bug fix, i developed new menus:

- The first menu is the bag menu, whose interface, taken in part from one that create Slawter, was made entirely by Emme97
- The second menu is the pokedex menu, whose graphic style was taken from that of BW.
- The third and last menu, taken from the one developed by Againsts, is the summary screen for viewing the information of the members of your team.

3. Secret Gift
Another new feature recently introduced concerns the secret gift.
From now on, this functionality will be available in the start menu and, once unlocked, will replace the option to close the menu: 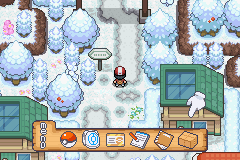 In addition, the animation of receiving gifts has been updated:

4. Object
The latest implementation that i would like to show you, initially developed for FR/EMERALD, is the appearance of an object icon when it is obtained: 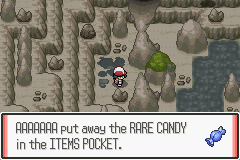 Finally, i wanted to warn you that i'm continuing the development of new maps, before dedicating completely to the scripts.
That said, see you in the next update.
OP
OP
A 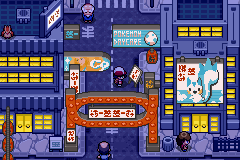 This is Neomoor City, the largest city in the region.
A real metropolis in continuous expansion, frenetic and lively.
The neon signs, the lights, the shops and the tall buildings give it a futuristic look.​
Obviously, this map takes inspiration from Tokyo.
In particular, this portion of the map is inspired by the kabukicho neighborhood, whose most important entry point has a large illuminated red arch.
Below, i leave the credits of tiles that i used:

Hydrargirium: base for shape buildings
Monecranestpourri: basic drawing of some signs
Magiscarf: roads and pavement
zetavares852: metro rails (not visible in this screen)
To fully appreciate this map, both day and night, i also decided to publish a short gameplay:

​
That said, see you in a future update!
OP
OP
A

Small trailer to show that the development of the project is proceeding quite well:
Inside the video you can see some unpublished maps, which will be presented with special posts in the coming months.
OP
OP
A

Good afternoon.
As i announced in the last update, some posts will be published periodically dedicated to some locations that you will explore during the adventure, unedited and not.
Today i would like to show you a small screen of the Quiet Wood, a map announced a year ago, but which has undergone several changes in this long period. This place is particularly suitable for those who want to relax, as it is characterized by a profound silence.
The massive presence of volbeat and illumise causes strange light effects that illuminate the forest.​
OP
OP
A

Hello everyone and welcome to a new update.
Today i would like to show you a couple of screens showing locations that you can visit in the next beta: In the first screen there's the mansion of Evans family, the old ruling dynasty of the Shinzo region.
Due to its abandonment, now it's a simple ancient ruin destroyed by the advancing of time.
While the interior of the mansion is unpublished, the exterior of the building has already been published several times in the past and can be seen here:
https://www.deviantart.com/ghha90/art/Temple-Private-Tile-808988087
The second screen, on the other hand, shows a part of the route 5.
Although this route had already been announced in an old update, i had not shown yet the animation of the mills.

I'm aware that these latest updates are very limited, but unfortunately the development of the project is suffering a considerable slowdown due to some personal commitments.
I hope in the coming months to be able to publish more substantial updates.
You must log in or register to reply here.
Share: Facebook Twitter Reddit WhatsApp Email Link
Top