That contrast in design is cozy, looking forward to the update. That bottom new one looks so alive!
Pokémon Rose Gold | Capsule Quest | Twitter​ 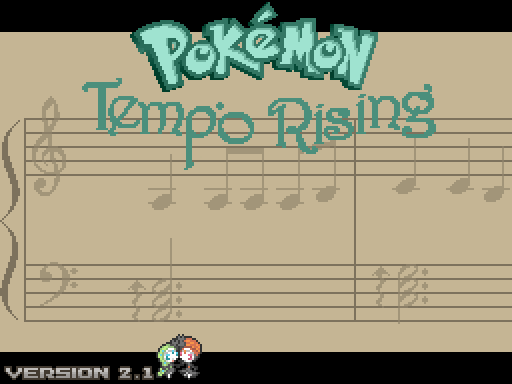 One year later, the game is brand new! It's been reworked from start to the new finish, and now Tempo Rising is a whole new game, and has a custom soundtrack! Please check it out! I've already updated the resource pack and this thread's OP if you need a refresher. I hope you'll give the game a try at least just to hear the great stuff DogzNDogz113 has composed.

If you played before, I strongly recommend starting a new game. I didn't force save files to break, but you're missing out on a ton of reworked and new content. If you insist on keeping an old file (again, I don't recommend) then saving in the Mythic Forest where the game begins is probably the safest place. Pretty much every other area has been redesigned and you're likely to get stuck in a wall if you just boot up the new version. 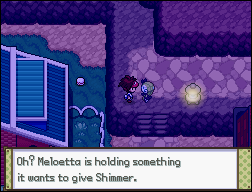 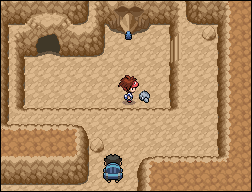 Added:
> Swing Sandbar
> Hymn Hills
> Bolero City
> +2 Performance circles
> A burst of inspiration when earning a gym badge
> Ambient Pokemon Cries, and BGS
> Nameplates on text boxes for important characters and Pokemon (Because honestly, every Pokemon is important)
> Fishing and the Fishing Rod
> Trainers are now in the game proper!
> More sidequests and Inspiration

Buffed:
> Natural chances for wild Pokemon to be shiny and/or have pokerus (Each is about a 1.5% chance now)
> Shiny Charm but it's not in the game yet
> Bike speed
> Following Pokemon interactions got cleaned up, added to, sprites improved and pickup items pools expanded

Fixed:
> Minor bug/spelling/metadata/audio fixes!
> Warps that were going to the wrong city now act like they're suppossed to
> The Pokedex was displaying as both the Kanto and Regional dexes
> Patched a visual effect that made wading through water look...glitchy. Characters will now stay completely under water/grass when walking through it

Redesigned/Updated:
> Ace trainers are gayer
> Chasse Ruins
> Cadence City and opened up the Cadence Underground
> Uprock Beach
> Labamba Brushwood
> Moombahton Island and opened up the Moombahton Cave
> Mythedge Village to include the Mythedge Greenhouse, which is now open
> Slide Shoreline and opened up the Slide Cave
> Tweaked the level scaling system (for both wild Pokemon and trainers)
> Some tiles were updated and new graphics added
> Changed how performance circles work- they now have unique inspiration values required instead of all being late game content
> Dance battles now have better cues, and there's a practice/tutorial area now in Cadence Town
> TMs have been pulled from shops and can now be found instead. There's a TM list.TXT now included with their locations

If you play enough to have collected 3 of the teleportation charms, you can hit up Relic Castle staff and get this cute little Meloetta to hang out under your username on all your posts!
​
Last edited: Jun 24, 2020

As usual someone found a crash, you can never do enough playtesting.
New version is 2.1 and top post is changed too. You can tell what version you have by checking the bottom left corner of the title screen!

Whoops one more crash was found, so another fixed version is out! >_<
Now the latest edition titlescreen says 2.2 and it has music! 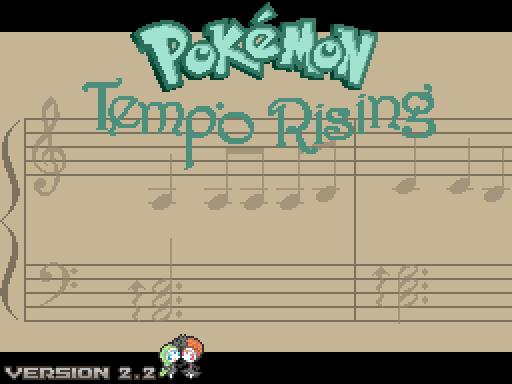 Sorry I've got one more patch, I made a mistake while editing last time. It's not a crash but one of the gyms isn't working!

There's a trainer in Uprock Gym who acts like you already battled her and so you can't challenge the leader? Here's a tiny download to fix that. It's not the whole game this time so just drop this file into the Data folder and override the existing file. Done!

As I write this I'm uploading version 2.2 again, so anyone who downloads the full game after this won't have to apply the fix.

Shady miner on Swing Sandbar doesn't sell Sun Stone. Is that on purpose?

Caelestie said:
Shady miner on Swing Sandbar doesn't sell Sun Stone. Is that on purpose?
Click to expand...
I dunno...It's perfectly legal to sell a Sun Stone, I think that guy is just holding out on you.
(I misspelled it so it's not showing up properly on his shop list, sorry! Will be fixed in whatever's the next patch)

Game crashed with no warning when I tried to rematch the guard with the beedrill to the right of the water gym.

Second time I tried after reloading an error popped up.

I caught a Dhelmise, saved, and when I tried to open the Pokemon screen the game got a weird error and crashed. Now the game crashes when I go to the file select screen with the same error.

Thanks for the error reports guys! ♥
I've got a new version (2.3) that should fix things up. 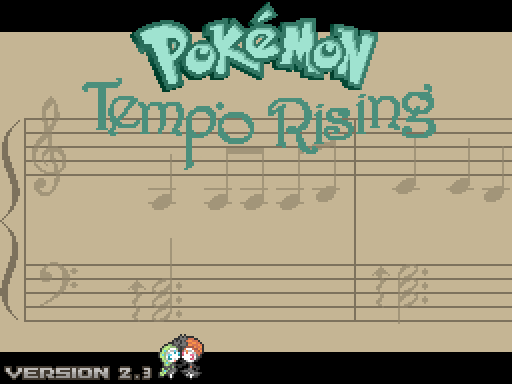 I found another, I'm not even sure how to categorize this, a bug I guess you would call it. I'm using both Shedinja and Ninjask on my team temporarily but something weird happens between the two that I'm not sure how to describe. It's like any changes that are made to the moves of one of the pokemon gets applied to the other. When I taught my Shedinja Spite in the third moveslot it overwrote the third move slot on Ninjask with spite even though Ninjask can't learn Spite except by move tutor. Also when I have either use a move in battle it takes PP away from both Ninjask and Shedinja as if they both used the move. I even tested it by removing Shedinja from the party and using a TM on Ninjask to see if Shedinja and the same move it had the same move in the same slot as Ninjask. It's not anything game breaking or anything but it is very weird and thought I should bring it to your attention.
You must log in or register to reply here.
Top