This project has a release available. The full version is still a work in progress.
Fire-type Emblem 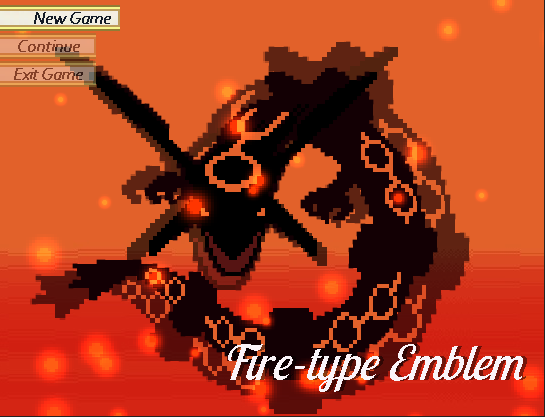 ​
A wanderer Zorua arrives into an unknown land where the strong Pokémon exploit the weak. By accidentally recovering a Riolu's stolen item, Zorua set a target onto their back, left to be chased by several Pokémon. A chance arises, as the only way for Zorua to regain piece, they must venture to defeat the Pokémon who command the land. 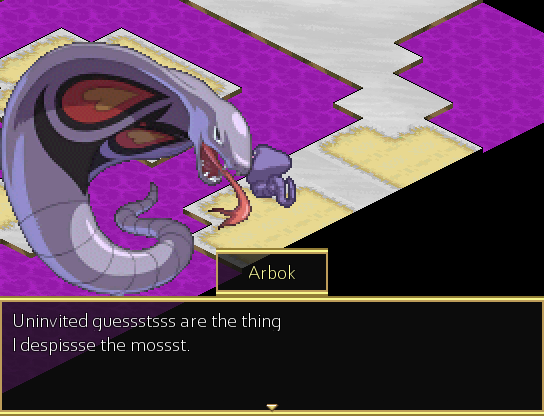 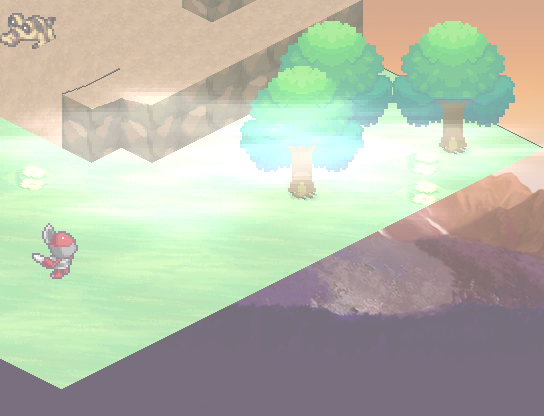 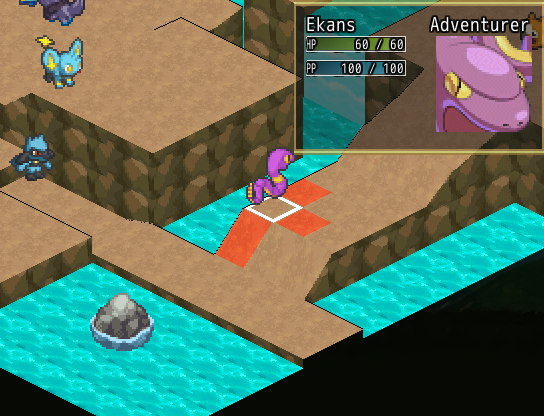 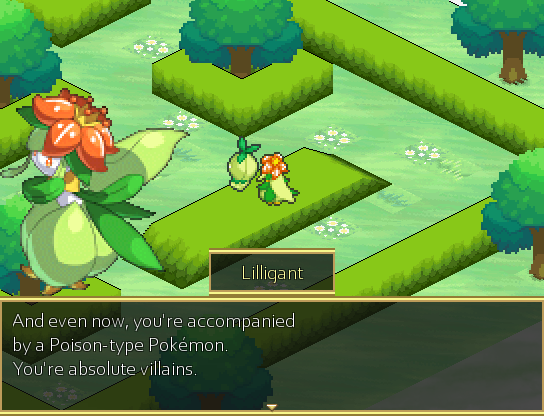 Known Bugs:
Note:
In order to make it up for the jam, several parts of the game are unfinished so it'll feel lacking. Nevertheless, I hope you can enjoy the little there is!
(You can use PageUp and PageDown to change your view angle.)

The name of this game attracts me already.

Not gonna lie, I was really blown away with this entry, it's a shame that I can't seem to figure out what you're suppose to do at the second battle. There seems to be no way you can win in the second battle, not by actually fighting which is the only thing I think you can do, thus results in the game ending. I see in the screenshots that there is a lot more to the game, so I must be doing something wrong. Please let me know how to continue since I'm pretty interested in this entry! Nonetheless here's some things I noted in the short time while playing:

"Goods" is kind of an understatement, the title screen looks amazing, and you have a custom icon so that's a plus.

This entry is so unique, and visually looks amazing. I don't think I've played a game jam, or any pokemon fan game that had the tactics styled game to it so this was a first for me.

The portraits, sprites, and world all look beautiful.

Music choice is very fitting.
The title screen is way too quiet, so I turned my headphones up quite a bit and tehn started the game to very loud music. Could use a little balancing.

If possible, changing "Ally Turn" to "Player Turn" could make more sense, though not necessary.

The AI for the first battle does absolutely no damage and instead just walks around, I get that it's the first battle but I still feel they should attack and just not do much damage to still guarantee the player a win as long as they're trying.

The UI for saving could benefit from telling the player how to save, as the only button that seems to work is "X" which doesn't save and instead backs out of the save. There is no way to save it seems. (I tried C, Enter, and Space which all work in battle and in game to tell the text box to go to the next message.)

Pawniards act like you win by saying you're tough when you lose against them, and then get the game over scene.

Hm. Just tried to launch the game and it seems to be missing "VL Gothic" Font as well.
N

You need to download the font from the RPG VX Ace RTP here: http://www.rpgmakerweb.com/download/additional/run-time-packages
Then install it afterwards. TBH the font should be included with the game itself...
Dev for Pokemon Dark Rising 3: https://reliccastle.com/threads/2909/

Yea. I already found the font online and installed it, but it should be included in the game.

Also, I can't seem to get past the 2nd battle, much like Buttjuice. I keep doing 1 damage, get getting hit by 30. I cannot seem to find a way to defeat

Describing my issues with the game so far:

The game is pretty unplayable rn, at least for me. It's lacking the fonts, so it crashes until they're installed (had to google them).
Cant seem to save at all. I can press X to not save, but pressing enter, z, spacebar, c, they all give a "invalid" SE.
Guarding doesnt do much, or anything at all.
The 1st battle the pokemon flee from you even though they sound like they're going to battle you
2nd battle you do almost no damage at all (just 1dmg. Foes have 40HP), yet get 30 damage done to you (2-3HKO). I tried escaping, but the option is always greyed out.

I also lack RMVX to edit the game myself and allow myself to progress, so it is quite the bummer.

Having said that though, the game is honestly very pretty! Being a big SRPG fan, it warms my heart to see someone making a "Final Fantasy: Tactics" Pokemon game, and can honestly see myself playing it to completion! But at the same time, all the issues kinda leave me heartbroken as well. I do hope the game can be patched/updated in time to fix these issues.

Apologies for the oversights. I had not playtested the game properly. Found a couple more bugs on the remainder and missing graphics and uploaded a new version with fixes. Still haven't figured out the saving problem...
Last edited: Aug 20, 2019

The game is different and it's not made by essential.

Yet another update. I have found a solution for the save bug ~

The download link doesn't work, the download are just 0KB. Please fix this, i would really love to play your game.