so, RPG Maker 2000's twentieth birthday is on the horizon - that would be 5 April 2020 - and i've been kicking around the idea for a while of making a game or set of games in it to "celebrate." People here seem to be interested in making games so i figured i'd ask around, although I don't really know what this should even be classified as, but "freelance" was recommended so i guess i'll go with that.

as you can infer, rpg maker 2000 is rather old software and doesn't do a lot of things you might expect a modern game engine to do. a brief overview of what rm2k can/can't do can be found on wikipedia, but since most people here are probably familiar with rmxp this list might be more helpful:

- NO SCRIPTING. among other things, this means no pokémon essentials, and no extending the battle system.
- as such, pretty much all of the game data is restricted to what you can enter into the Database menu (actors, skills, items, enemies, etc) which, all things considered, is pretty expansive for hobbyist game dev software from twenty years ago
- tile sizes are restricted to 16x16, although they still work mostly the same as they do in xp
- midi files are preferred for background music. most of you probably know midi as "super ancient music notation format that nobody uses anymore" and while rm2k value added support for mp3, midi feels more authentic for this purpose. (wav is still available for use for sound effects.)
- maps only have two tile layers (plus events), instead of three plus events that you're probably used to from rmxp
- battles are front-on (it's technically first person but it's really weird to use that term to describe an rpg maker game) and turn-based, because for some reason they chose to imitate Dragon Quest instead of Fantasy. (other battle systems were implemented in rm2k3.) for the most part they should play the same but be aware of it.
- for the most part, all of the event commands that you're used to are available, including things like game variables and switches, although anything to do with scripts and ruby are not; common events also exist if the need for a global event arises; some properties like "through" and "direction fix" and some other things do not exist

- most importantly, when this was originally made Windows 2000 was the hottest new thing and while games made in rm2k should (amazingly) be *mostly* compatible with modern operating systems there can and will still be issues that arise - the goal here is to pay tribute to rm2k, not make a game that ten million people are going to be playing.

if you're having a hard time summoning to mind what these kinds of games look like, some screenshots might help. 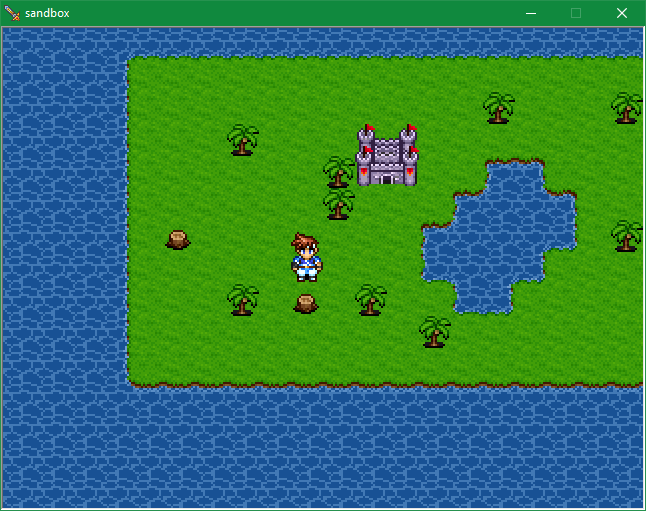 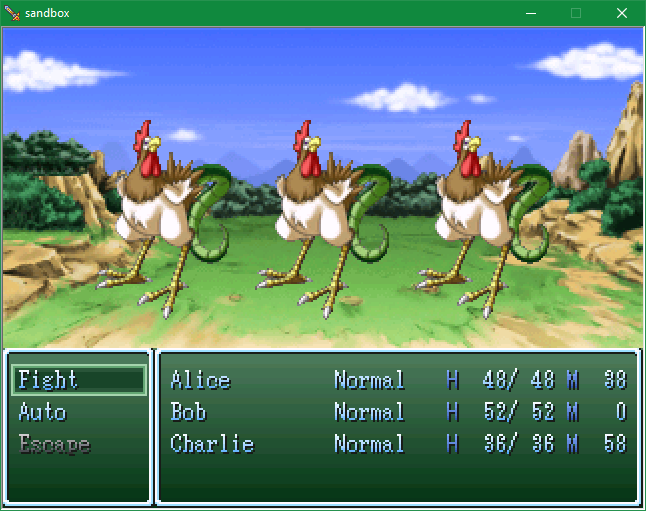 now for the formalities.
i plan on doing this with the steam version which is officially RPG Maker 2000 Value+, although since there are no complicated moving parts i don't think anyone else is going to need to own it - although it'll probably going on source control anyway, even if it's entirely binary files. if you have rm2k value+ from elsewhere it should still work . . . probably?

q: rm95 is celebrating its quarter-centennial this same year, why aren't you celebrating that?
a: because it's not on steam and in any event i don't feel like tangling with something that was made in the days before Windows NT took over

thread bump: there are still eleven months to go so no real rush quite yet

For anyone interested in what's possible with rm2000, it's worth mention the celebrated indie game Yume Nikki was created using it.

This is something I'd be interested in. Have you shared this with other forums, such as HBGames or the like?

boonzeet said:
For anyone interested in what's possible with rm2000, it's worth mention the celebrated indie game Yume Nikki was created using it.

This is something I'd be interested in. Have you shared this with other forums, such as HBGames or the like?
Click to expand...
I have not, mostly because this is mostly the only RPG Maker site I hang around on and it seems like it would be kinda weird and ask for a team for a game. Been thinking about it, though.

Alright I'll bite, I'm a sucker for good old midi. I can try my hand at composing a few pieces -I'd love to make old-school tracks! Is there any progress on the setting/plot/themes?
"Your hair so much reminds me,
of pasta long-forgotten"

There has not been; @moca and I were talking about it a little while ago, but I've kind of been distracted by other things. Are you on the relic discord? If I hear back from him - or anyone else, maybe you know some other people who might be interested? - I'll let you know, though.

Unfortunately, I don't know anyone else that'd be interested in this kind of project. I'd wager that rpg-maker focused sites/forums would be your best bet, though. I don't have a personal discord, but you can contact me here whenever you like.

I can also try brainstorming / design related stuff but i cant guarantee the ...uh, quality of these contributions.. XD
"Your hair so much reminds me,
of pasta long-forgotten"
You must log in or register to reply here.
Top