Introduction:
Hi, and welcome to my Pokemon Fan Game called Pokemon Apocrypha! I have been working on this game for a few months now, and I'd like to show you all what I enjoy doing in my spare time. This is a heavily-inspired game that follows the same flow as the second generation games. There are a lot of things that are similar to GSC, and that's because I always wanted another region in the area and time period of Johto. I created a Pokemon Fan Game demo called Pokemon Cosmos in 2014 which was my first project. This second project is so fun to work on since it's the game that I've always wanted as a Pokemon fan.

Tools:
RPG Maker XP was used to make this game, in collaboration with Pokemon Essentials made by Maruno.
Photoshop
Paint
Paint.net
Audacity

Plot:
You are a brand-new Junior Research Assistant in the region of DJoser which is just north of Johto. The time period is just a few months after the events of Pokemon GSC. You applied to become one of the first teams to explore this area for new and exciting Pokemon! With the new Pokemon League ahead, you set out on an adventure to kill two birds with one stone; It's time to become a Pokemon Master by completing the Pokedex and taking down the Djoser Pokemon League!

Progress Report:
(2/8) Badges 2-3 Hours of Difficult Gameplay
I'm hoping to complete the game during Summer of this year. (2019)
I would welcome anybody who would like to help with this project :) 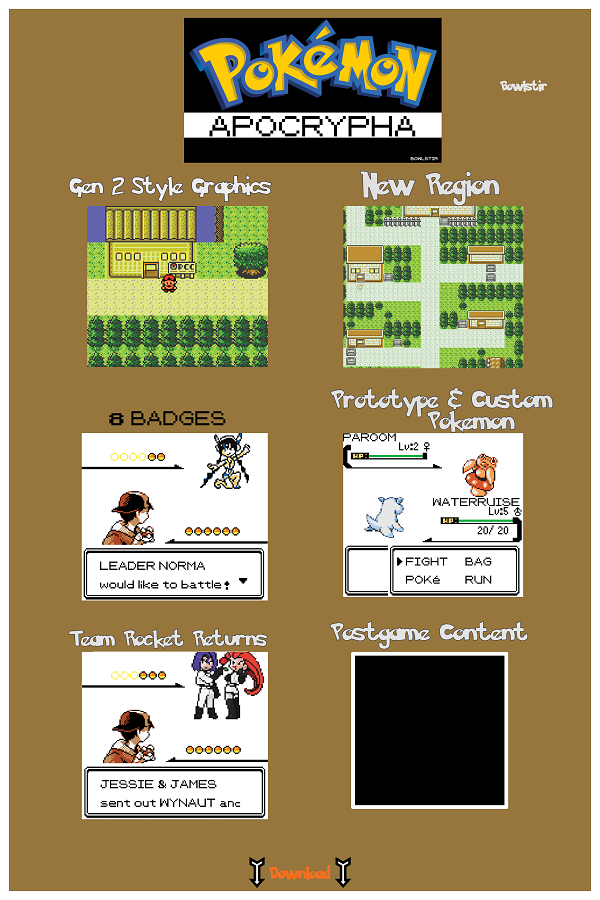 "Pokémon Essentials" was created by: Flameguru, Poccil (Peter O.)
"Pokémon Essentials" is managed by: Maruno
"RPG Maker XP" by: Enterbrain
Pokémon is owned by: The Pokémon Company, Nintendo, Affiliated with Game Freak
This is a non-profit fan-made game. No copyright infringements intended. Please support the official games!​
Last edited: Mar 21, 2019
Click to expand...
B
Written by