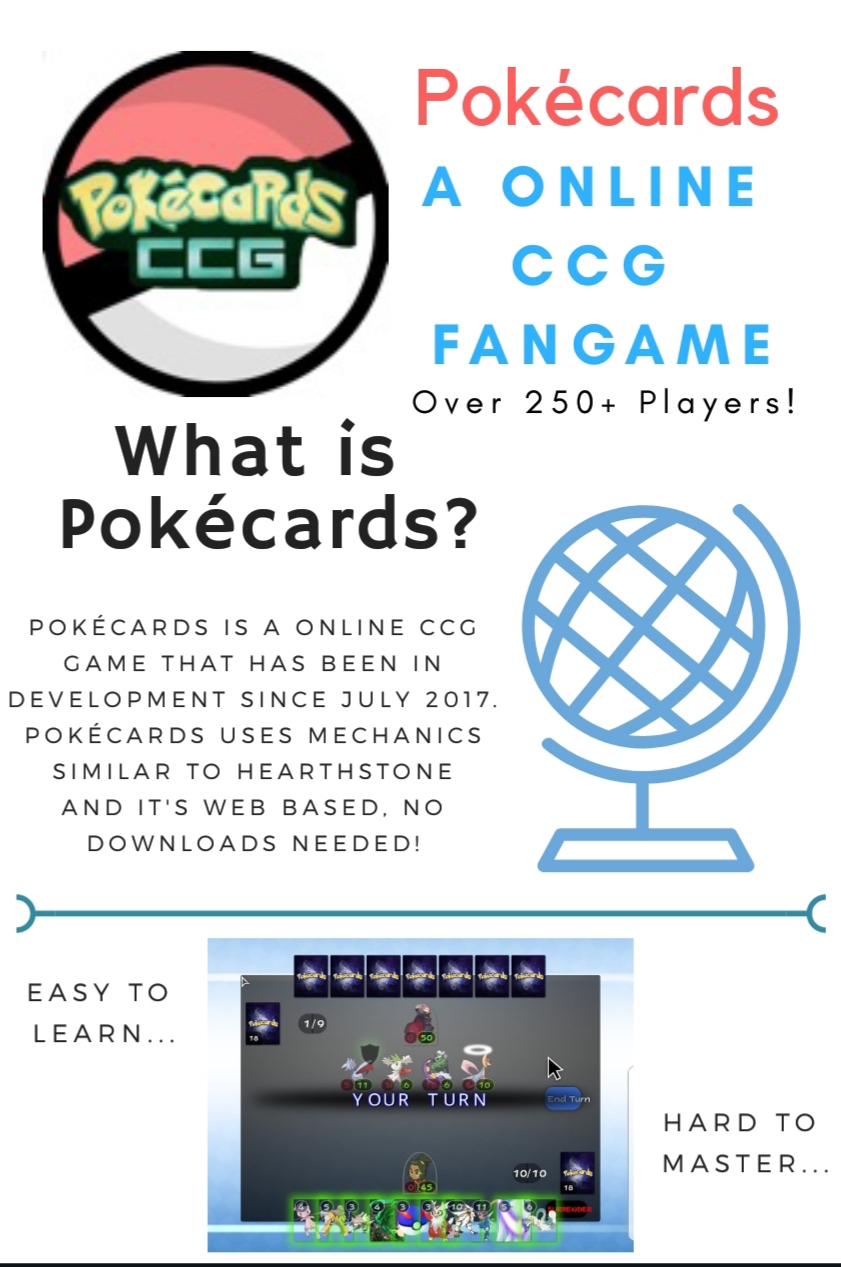 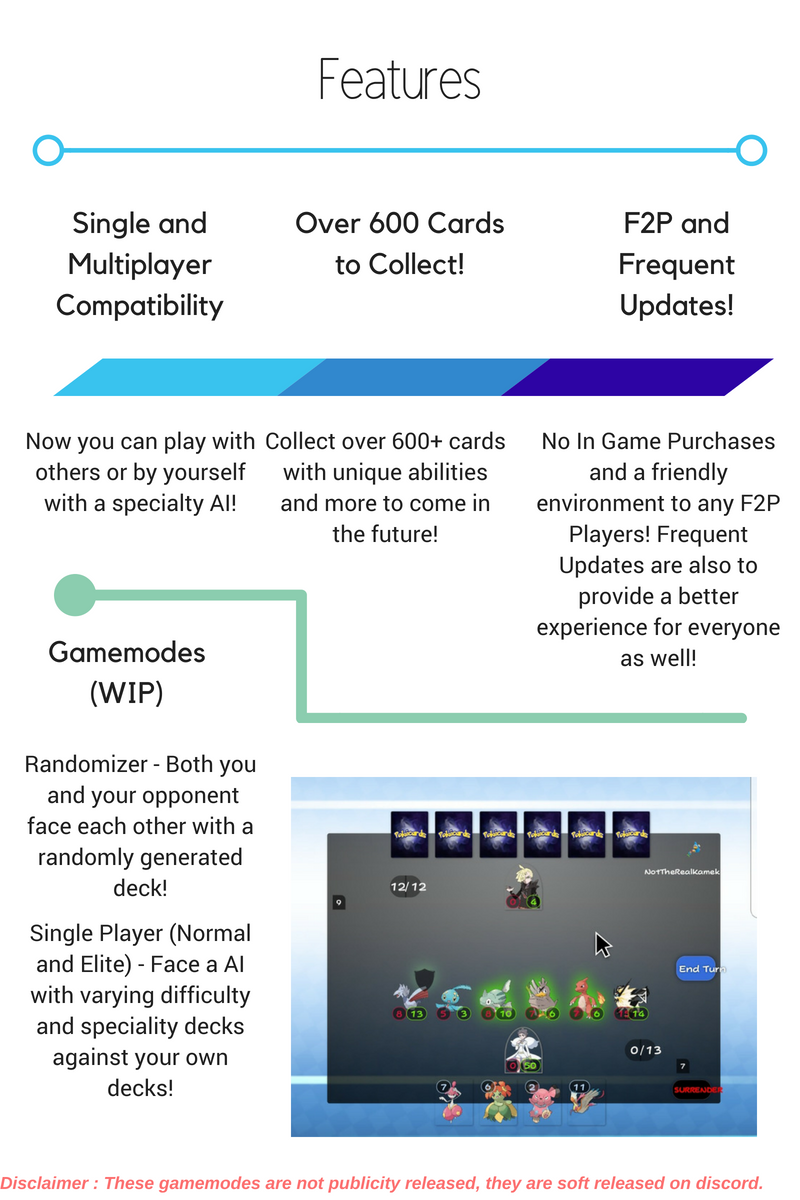 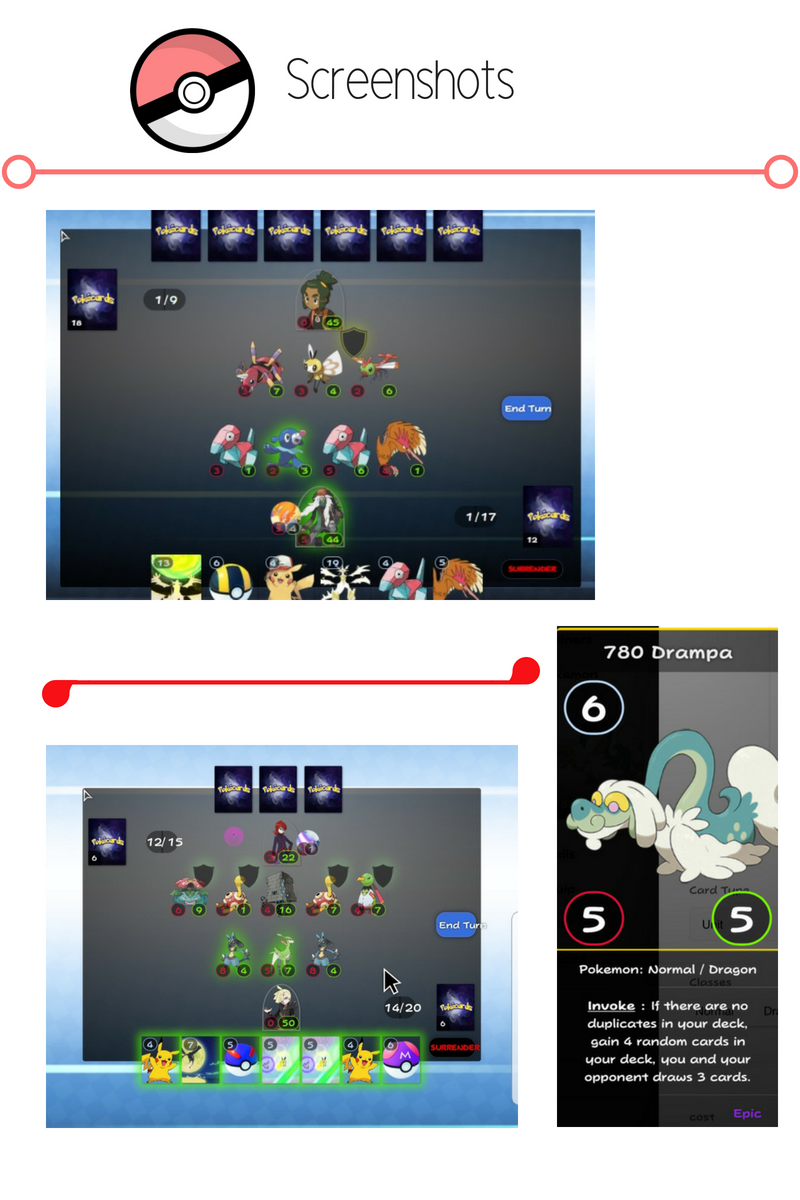 All image credit goes to Nintendo and Bulbapedia.
This game is hosted on the main domain called Dulst.com, where you can make your own ccg game.

Edit : Some gameplay footage here as well to help grab a better understanding of how the game works as well. ^^

Download this app! (iOS and Android) also on app store

(Also for some reason, log in and register buttons don't show on iOS, lemme know if you find a fix for this!)

So it has been about three months since I last made this thread. I recently released a big update that I (am still semi testing with help from the community) have released to Pokécards. Gamemodes! Atm I released 3 Game Modes, Randomizer Mode and 2 Single Player Modes (Varying Diffciulty)

Randomizer is you start with a deck of 20 randomly generated cards!

Anyways I’ve been working on that now, I should hopefully plan a full release soon! Thanks for checking out a update of this thread! ^^

For more infomation about future development and anything about Pokécards, check out our discord!