Go to download
Overview History Discussion
Leave a rating
Hello there!
If you're making a game with gen. 4 graphics, trust me, you'll want this pack.
This pack contains actually every single DPPt and HGSS overworld, (humans) which are more than 200. 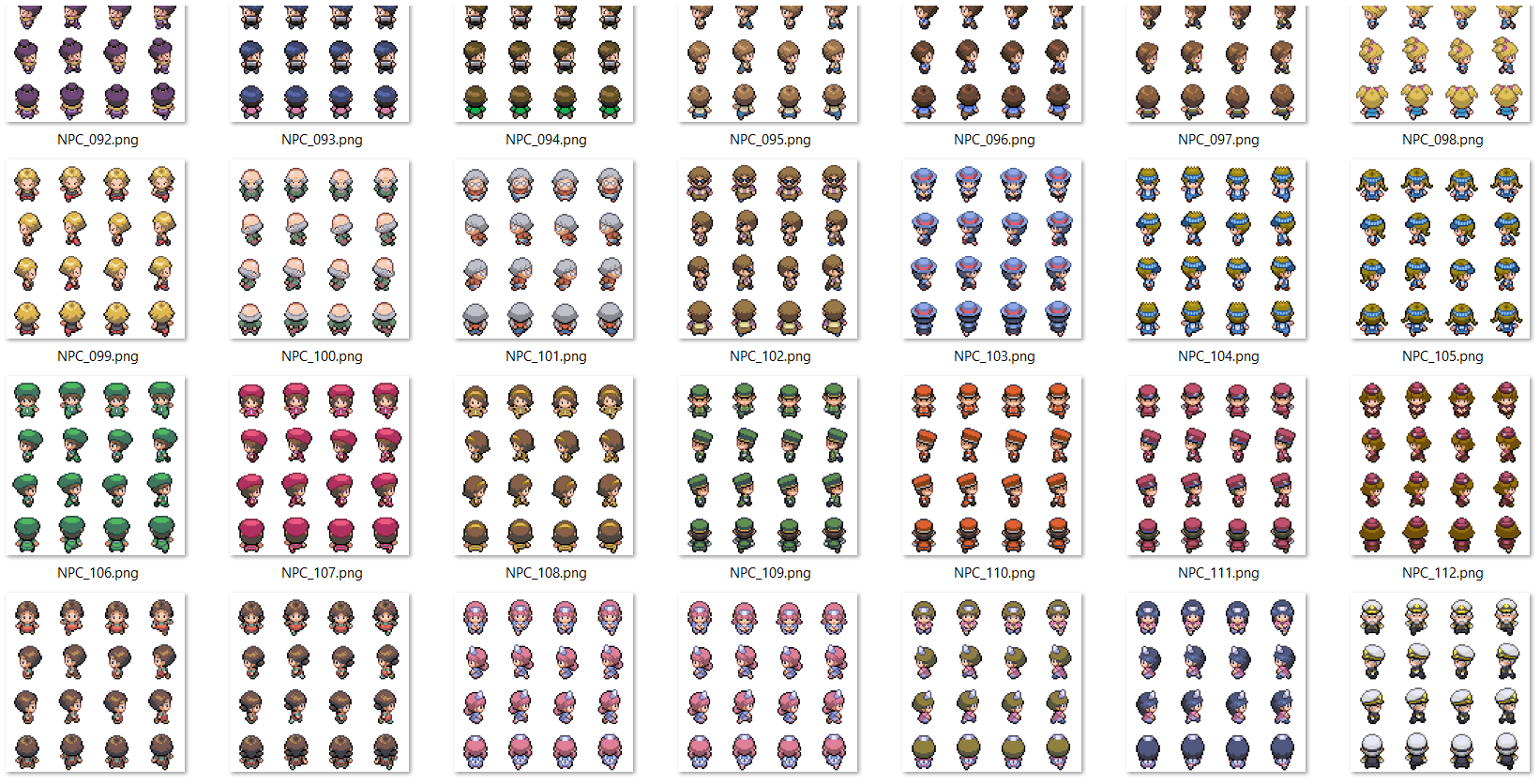 Everything in this pack was ripped, compiled and properly aligned for use with RMXP by me.
I also included every single animation for the protagonists. Did you know in Platinum, the protagonists had a VS Seeker animation? Neither did I, until I ripped it, along with everything else!

I also included all of the non-follower Pokémon: 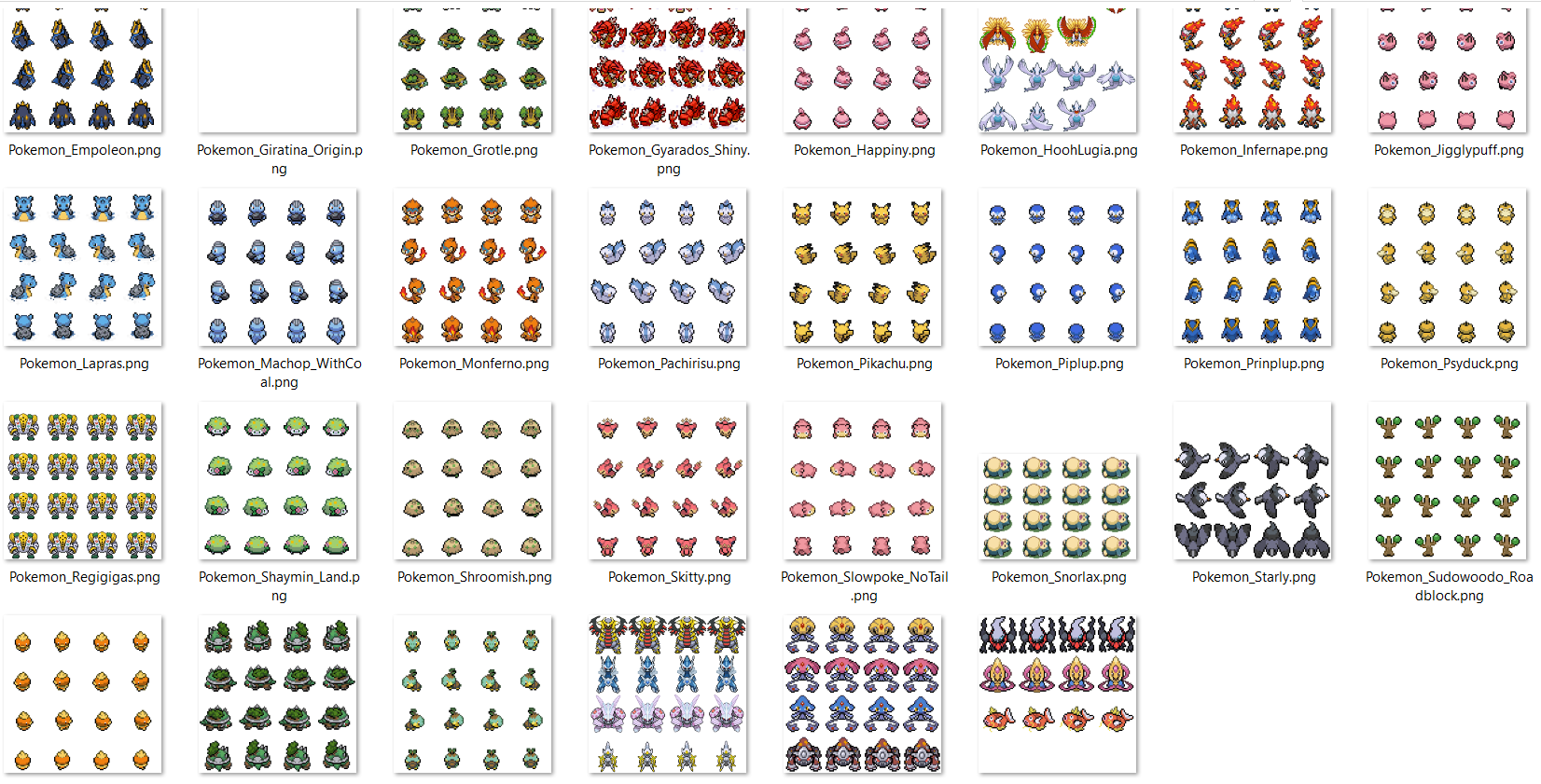 I also included most of the important objects:

And a handful of other neat tiles, effects and animations, as well as some autotiles (DPPt's sea, some flowers), which are in a separate folder.
But we're not finished yet!
In the download, I also included all of DPPt's Beta Overworlds:

As well as all my own custom Gen. 4 overworlds! 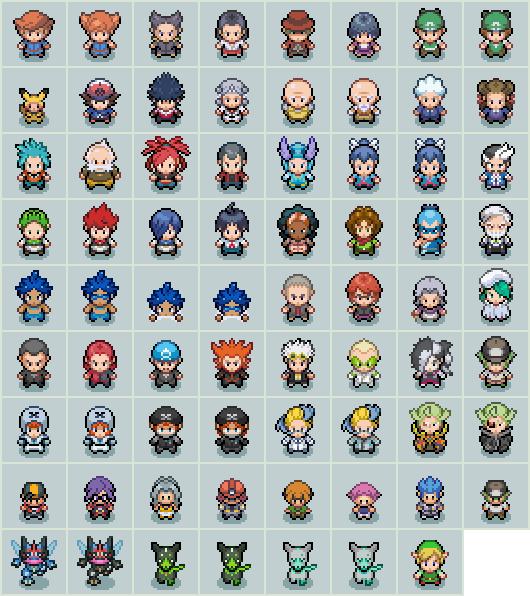 Another advantage of using this pack is that you only need to credit me (PurpleZaffre), so you can't possibly get those credits lists wrong or incomplete! HOPEFULLY. I BELIEVE IN YOU. IT'S ONLY ONE NAME.

Anyways, thanks for checking this out! I hope this can be of great use to you!

Please do not redistribute this anywhere else.