Today, I'm proud to announce that Pokémon Amethyst Version is complete! After twelve months of hard work -- YOUR HARD WORK -- the community game we started just only a year ago is ready for release. Your blood, sweat, and tears went into this tall order of a project, but we all banded together to complete it in the end.

Not only did you, the community, do all the heavy lifting with this project -- you were involved in every major decision about the project: from the title of the game, to the final Pokémon battle.

Welcome to the Yurruc region! The story takes place many, many years before the start of Pokémon Diamond and Pearl, before the region had its name changed to the “Sinnoh” region. In this game, explore the exciting region of Yurruc before the war. You are a ten year old Pokémon trainer school student with an itch for adventure. Professor Koko, recognizing your potential, allows you take one of his Pokemon on a journey with you.

As time passes, the war will begin to unfold, and you’ll find yourself at the center of a dual-region conflict. The more you play, the more you’ll learn that a mysterious, completely new Pokemon seems to be at the heart of the conflict. The decisions you make throughout the game will determine the fate of both regions. There will be multiple endings to represent your decisions as the player.


While exploring the Yurruc region, you'll come across the ever-menacing Amethyst Pokémon! These strange creatures seem to act in unison, as if they're taking orders from something... In battle, these Pokémon are Amethyst type. Type matchups against Amethyst types is generated on the spot when the attack lands -- you'll never know what your attack, or the Amethyst type's, will do.


Pokémon Amethyst Version is a fairly long game, totaling over 80 hours of game time. When you start the game as a young child, you'll notice that over time your character will grow older the longer you play. A popular request and eventual decision by the community was to have your player character eventually die of old age -- Pokémon Amethyst Version isn't just a race against the impending destruction of both regions, but against time itself.


The evolution of fan games is here! Pokémon Amethyst Version utilizes the latest scripts from Luka S.J. to implement online play with the powerful Lua language!

Battle and trade online with your close friends, maybe you'll even want to mix records, which replaces the rival character with your friend's player character! Not only that, but your adventures might even be intertwined with new events happening in both your games -- exclusive to those who have mixed records with others!

If you aren't a fan of competing with your friend, you're also welcome to dive into the feature rich cooperative mode we have in place for you! You and three other friends can band together, and defeat the Amethyst Pokémon, which will scale in difficulty the more friends you play with! Or maybe you'll want to take a trip to Sambasé Island, where the toughest of groups compete in 4v4 Pokémon battles! 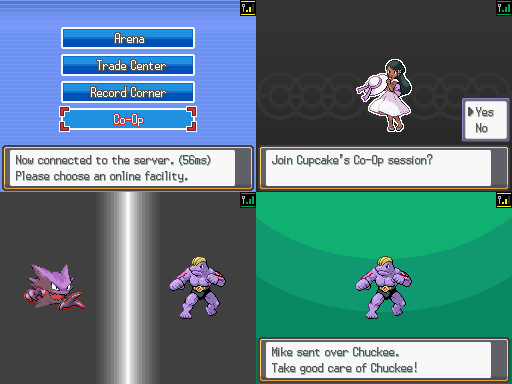 And So Much More!


There's so much more to talk about! From replacing HMs with Shoes (Light-up Sneakers replacing Flash, Steel-toed Boots for kicking to replace Strength), to catching every single known Pokémon and writing your own Pokédex entries, the community has made sure this feature rich game is packed full of content to keep you occupied. That being said, we want it to be a surprise! There's so much to discover in Pokémon Amethyst Version!

However, at the current moment, we're still fixing bugs with the game. We want this to be a completely bug free experience, and we're nearly there! We won't be releasing until all the bugs are gone, so just sit tight! 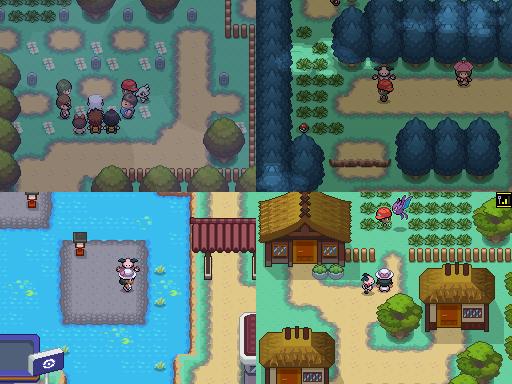 Contributors to this amazing feat of a project will receive the Amethyst Contributor Badge! Just like the rest of the project, however, we want you to vote on what the badge should look like!

Please vote in the poll at the top of the thread! The poll will last for ONE day only!

If we've missed you on this list, please post in this thread saying you contributed, and what you contributed! We don't want to miss anyone receiving due credit, and their badge!
Click to expand...

Umm, excuse me, I contributed to this project for six long, arduous months by providing the databank of scents used to liven up the game. I also voiced Nega-Koko. I can't believe you forgot me. :/

Yuoaman said:
Umm, excuse me, I contributed to this project for six long, arduous months by providing the databank of scents used to liven up the game. I also voiced Nega-Koko. I can't believe you forgot me. :/
Click to expand...

What are you talking about? I think you have the wrong game, buckaroo.

Sorry dude, most of their lines got cut out in the poll where we decided the cutscene length was too much

Deo said:
What are you talking about? I think you have the wrong game, buckaroo.
Click to expand...

Aki said:
Sorry dude, most of their lines got cut out in the poll where we decided the cutscene length was too much
Click to expand...

Working on this game was such a great experience, I'm actually surprised how the community came together and was actually able to settle and agree on votes even if they were dead set on one aspect the community didn't vote for. There were tough times of course, but we overcame them!
After a long 18 months we're finally able to present this passion project to the whole community and I couldn't be happier, it brings a tear to my eye :joy:

I just hope that in the full release we can finally convince Tommy Wiseau to voice Aldrake the Consumer :weary_face:
My art blog

It's been a long time coming but I can't believe we've finally made it! We've all worked head, together as a community to create something amazing, and for that I am overjoyed. I'm amazed that Pokemon Amethyst got so big too, I would never have imagined all the celebrity endorsements and news stories that came about, but I have to say I really do feel that this project, and the hard working people who contributed to it, deserved it!

I'm so excited for everyone to be able to play the final thing; I just know everyone will love it! :D

Hard work and dedication! I'm so blessed I got the chance to participate, as my role was well beyond "making a game". At some point the team was so stressed out they started calling each other "mom" and "daddy", but I was there to lend my emotional support and end the crisis (Am I allowed to talk about that?) Boy was the Anime team working hard too! You can expect to see the first five episodes in June, as we have had to kick a few voice actors.

Anyway, thank you all once more for being a part of this. Im already dreaming of a sequel! #6GamesAndAMovie

Wow, I can't believe my name was forgotten, but it's ok. I understand how hard it would be to explain my work on this project without writing an 9001 word piece.

One of my jobs was to go to the locations of the game in real life ( of course not the actual locations, but what they were based off). I would then take some pictures and write how this would be different in the pokemon world. But to make sure that the tiles used in game were accurate I would go deep into the environment, testing the soil, seeing how it changes through the day, and even learning about the locals and seeing how they survive in their environment.

But most importantly I created the strawpoles used to make descions. It was a very tough job that nobody else was qualified to do.

My name isn't on this list? Huh?!
I was in charge of handling translation. Thanks to me, Pokémon Amethyst can be played in an incredible 21b languages!
These are:
English,French,Spanish,German,Italian,Japanese,Chinese(both types),Pirate,Greek,Portuguese,Icelandic,Urdu,Punjabi,Arabic,American,Moonrunes,Braille (with the newly coded 4D system for textboxes), and also that one language they speak in the new Power Rangers movie!

I wanted to make sure this phenomenal game was avaliable to the widest scope of people possible, and so I took upon the job of translation. And boy, what a result! This game turned out amazing, and I'm glad it was all finished in time.

Fijians, hold tight! I'm taking a trip to Fiji soon, so tell me all about the language there so I can put it into game!

This project is the reason I haven't been able to properly work on Home. Please understand.

There were times I was half convinced we would never finish this game, but damn am I glad we pushed through. This game is definitely the best fan game to date, and I'm so unbelievably proud to be a part of it. And to be the brand new High Minister of our newly created religion, Amethystian, too, it's a real honor. I hope to see everyone collecting for Voilet Turning day here in a few weeks, and look forward to all your devotion.

Again, I'm truly honored to be a part of something so amazing, and I look forward to seeing everyone enjoy all of these amazing things we worked so hard on!

After RCMG never saw the light of day, it's crazy to see Amethyst be non a memey mess and also very real.

This was a lot of fun, pals. Glad I could lend a hand (and a game, I suppose) to create this! Very surprised the announcement happened so early--it'll be in next week's Ding Dang Fan Game Talk Show for sure!
it catarch. catarch say hi.

So glad to see this finally be posted. 12 arduous months with many highs and lows but it's finally here.

Great work everyone! I already know all that time was worth it!

So based on just on the Artstyle itself, rate it 11/10. Perfect, just perfect.
the amethyst Pokemon, perfect, everything is perfect on it.
the only complaint is that there isn't enough purple. So 10.5/9.


I swear I contributed with making sandwiches though, without them everyone would have gone to cannibalism.
Last edited: Apr 1, 2017

Capptier said:
So glad to see this finally be posted. 12 arduous months with many highs and lows but it's finally here.

Great work everyone! I already know all that time was worth it!
Click to expand...